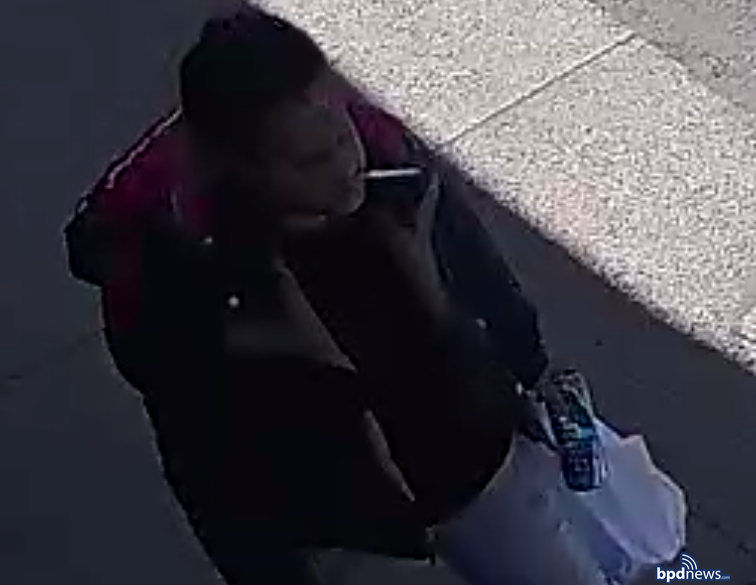 BOSTON (WHDH) - Boston police are turning to the public for help as they work to identify a man accused of aggravated assault.

Around noon on May 24, the man allegedly brandished the handle of a gun that was tucked into the waistband of his pants while walking on Edgewood Street in Roxbury, according to police.

They said he was last seen walking up Blue Hill Avenue toward Quincy Street.

The suspect is described as being a 5 foot, 8 inch tall Black man who appeared to be in his late teens or early twenties. Police said he was wearing a navy or black jacket, light blue jeans, and a bright-colored backpack.