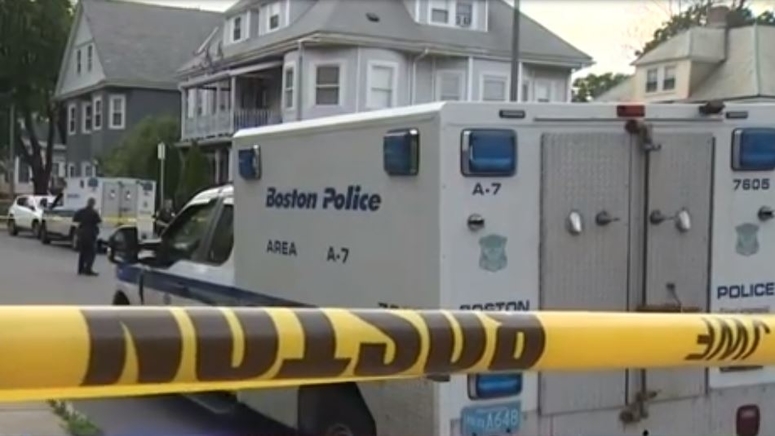 BOSTON (WHDH) - Boston police have identified the 19-year-old man who was shot and killed by officers on bikes following a brief foot pursuit in Dorchester on Monday night.

The officers were responding to a reported shooting on Geneva Avenue just after 5:15 p.m. when they began pursuing two suspects who were seen leaving the scene, according to Boston police Commissioner William G. Gross.

Gross said the officers chased one of the suspects to Penhallow Street, where, despite numerous commands to drop the weapon he was holding, he allegedly shot at the officers, prompting them to return fire.

Officers attempted to render first aid, but Jaymil Ellerbe, of Dorchester, was pronounced dead at the scene, officials said.

Members of the Boston Police Fugitive Unit nabbed Watkins around 10:30 p.m. Tuesday in the area of Melville and Dorchester avenues.