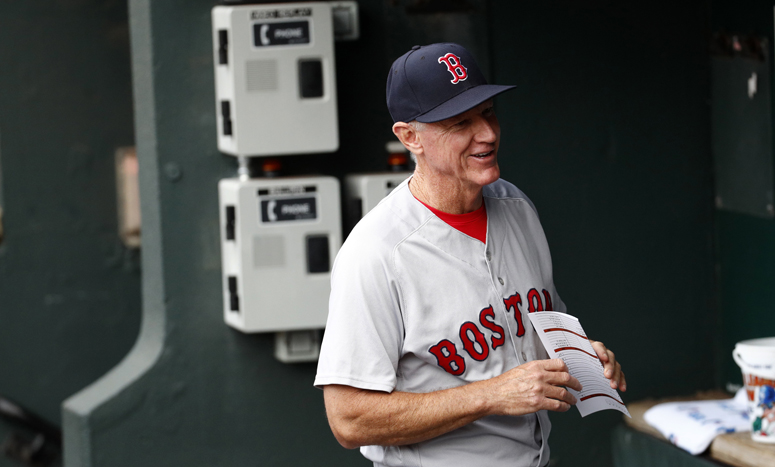 ATLANTA (AP) — Ron Roenicke was told Sunday he will not return as manager of the Boston Red Sox, ending a one-year, shotgun stopgap on the final day of a pandemic-shortened season that resulted in a last-place finish in the AL East.

Hired on the eve of spring training to replace the suspended Alex Cora, Roenicke took over a roster that would soon shed 2018 AL MVP Mookie Betts, who was traded to the Los Angeles Dodgers along with 2012 AL Cy Young winner David Price. Ace Chris Sale never threw a pitch for the team this year.

With the Red Sox 23-36 entering their final game, the team announced its decision..

“Throughout this difficult season, Ron’s consistency and professionalism kept the environment in our clubhouse productive and gave all of our players room to grow and develop,” Chief Baseball Officer Chaim Bloom said in a statement. “While we believe that, moving forward, we will benefit from new leadership and new energy, that does not diminish how strongly we feel about Ron. He is a man of the highest character who cares about our players and the Red Sox organization. As bench coach, he helped this team win a world championship. As manager, he showed poise and leadership in navigating an extremely challenging year.”

By dumping salary on the Dodgers, the Red Sox were able to get under baseball’s luxury tax threshold — a boon for whomever replaces Roenicke.

Sure to get attention as a possible successor: Cora, who led the Red Sox to a World Series championship in 2018, his only season as manager. The team split with him after he was identified as the ringleader in the Houston Astros sign-stealing scheme; Cora’s one-year suspension for that scandal ends after the World Series.

With Cora gone — and spring training already started — the Red Sox promoted Roenicke from bench coach to interim manager. They removed the temporary tag in April, when Roenicke was cleared in the commissioner’s investigation into sign-stealing by the Red Sox during their championship season.

He was not given an extension on the one year he had remaining on the contract he had signed as a bench coach — fueling speculation that Cora could be welcomed back after serving his penalty.

The Red Sox dismissed such suggestions.

Roenicke, 64, spent five years as the Brewers manager from 2010-15, winning 96 games and the NL Central title in his first season and finishing as runner-up for NL manager of the year. In all, he led Milwaukee to a 342-331 record in five seasons.

“Right away, I thought I would” get another chance, Roenicke said after getting the Boston job. “But then as years go by you, you kind of wonder about it.”

An infielder on Boston’s 2007 champions, Cora was mentioned 11 times in Commissioner Rob Manfred’s decision on the Astros, which said Cora developed the cheating system. Cora left Houston to become Boston’s manager after the 2017 season and led the Red Sox to a franchise-record 108 regular-season wins and the World Series title.