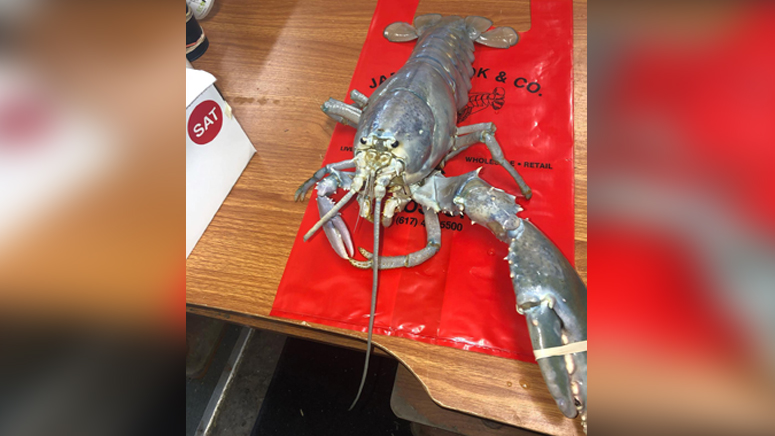 James Hook and Company shared photos of the lobster on Facebook with a caption that read, “Albino Lobster: 1 in 100 Million.”

The eatery noted that they plan on giving the lobster to the New England Aquarium.

The number of yellow lobsters is said to be estimated as one in 30 million, while albino are estimated to be one in 100 million.

Albino lobsters are caused by a genetic condition called leucism, which leaves them with no pigment in their shells.