Boston’s 2 remaining mayoral hopefuls to face off in debate 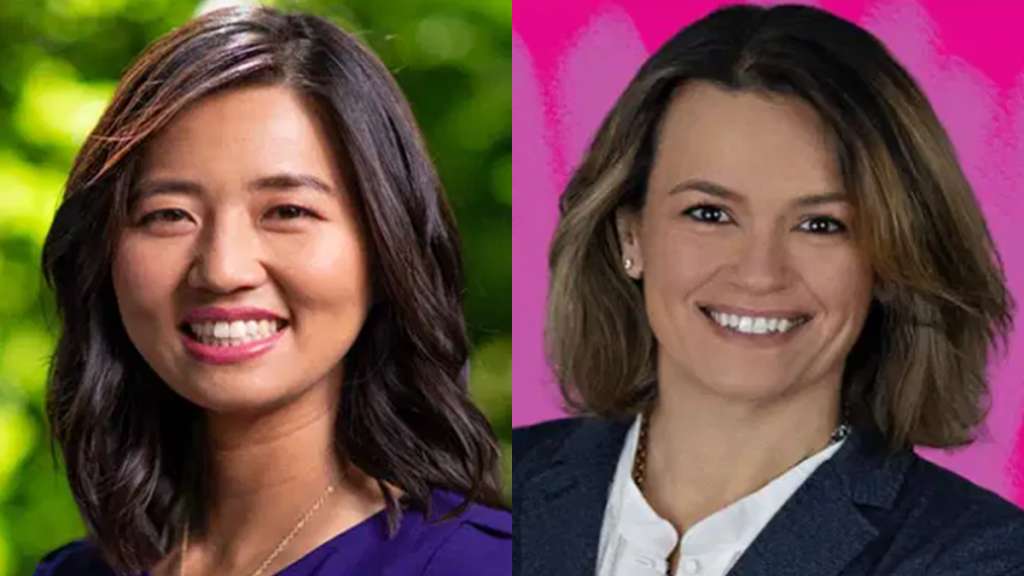 Whoever wins on Nov. 2 will make history as the first woman and first person of color to be elected mayor of Boston.

Wu’s parents immigrated to the U.S. from Taiwan. Essaibi George describes herself as a first-generation Arab-Polish American. Throughout its long history, Boston has elected only white men to the top office.

The winning candidate will be sworn in Nov. 16, just two weeks after the election.

The city’s acting mayor, Kim Janey, was sworn in March 24 as the Boston’s first female and first Black mayor after former Mayor Marty Walsh stepped down to become U.S. Secretary of Labor under President Joe Biden.

Wu, 36, and Essaibi George, 47, defeated other mayoral hopefuls — including Janey, Councilor Andrea Campbell and John Barros, the city’s former economic development chief — in a preliminary election last month meant to winnow the field to two. All are Democrats. Mayoral races in Boston do not include party primaries.

Wu, who has led the race in recent polls, has racked up a series of high-profile endorsements, including from Janey, U.S. Sens. Elizabeth Warren and Edward Markey, and U.S. Rep. Ayanna Pressley, a former member of the Boston City Council. Essaibi George has pulled in endorsements from a range of labor unions.

As part of her campaign, Wu has pledged a series of sweeping policy goals — including pushing for a fare-free public transit system and bringing back rent control or rent stabilization after voters banned the policy statewide in a 1994 ballot question.

Essaibi George has criticized Wu, saying she is making promises she can’t deliver on as mayor.

Essaibi George, a lifelong resident of the city who taught at East Boston High School, has also said Wu’s Chicago roots are relevant to a lot of voters. Wu was born in Chicago and moved to Boston to attend Harvard University and Harvard Law School. Essaibi has stressed her Boston roots.

Although Essaibi George has been seen as more moderate than Wu, the two largely agree on some of the top challenges facing the city, including schools and soaring housing costs, although they offer different ideas about how best to tackle the issues.