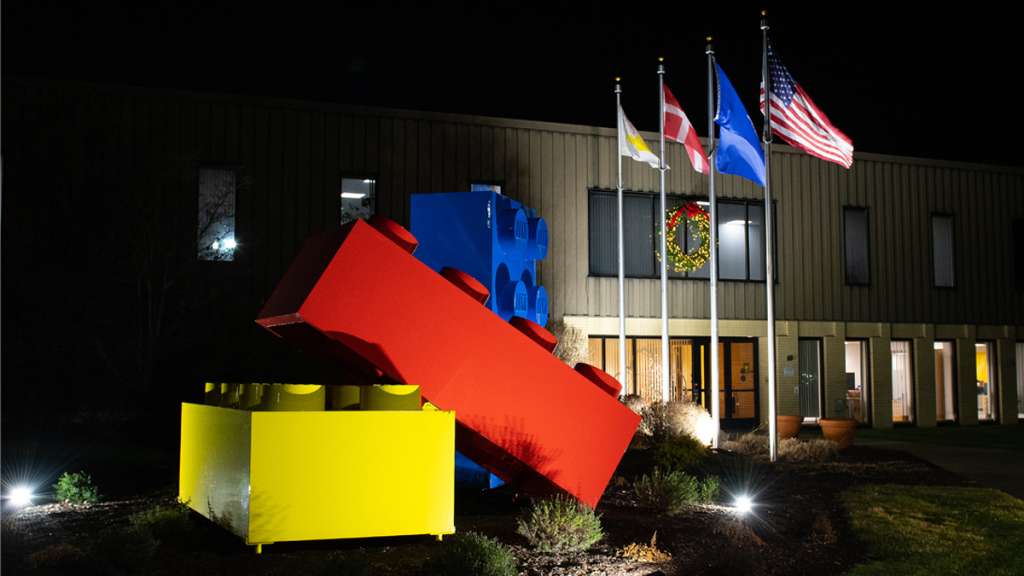 The front of LEGO's headquarters in Enfield, Conn. Image provided by The LEGO Group

BOSTON (WHDH) - More bricks are coming to Boston now that The LEGO Group has picked the next home for its North American headquarters.

The Danish toy company announced that its “LEGO Group in the Americas” division would move to the city in phases from its current location in Enfield, Conn., which is home to 740 full-time workers.

The move is expected to be completed by late 2026, according to the company.

In a statement, the President of the LEGO Group in the Americas said the move to Boston would “support the business’s long-term growth ambitions to bring LEGO® play to even more children in the US and the Americas region.”

“Boston is ranked one of the best cities in the world to attract and retain talent,” President Skip Kodak said in a press release. “This, along with its world-class academic institutions, skilled workforce and great quality of life makes it an ideal location for our US head office. We have exciting plans for the next phase of growth and hope we can retain many of our current team, as well as attract new colleagues.”

The company said the phased move-in will start in “mid-2025,” with employees working across two sites in both Enfield and LEGO’s “Education office” in Boston’s Back Bay, “where new roles will be located.”

LEGO stated that the Enfield staff will have roles in Boston, and that those looking to move will receive assistance from the company. Staff who choose not to move will reportedly receive financial support and assistance in finding work outside LEGO.

In statements sent to 7NEWS, Boston Mayor Michelle Wu and the city’s Chief of Economic Opportunity and Inclusion, Segun Idowu, voiced excitement for the planned move.

“I’m thrilled to welcome LEGO Group to Boston as an exciting partner in building on Boston’s legacy as a world-class hub for innovation and a city for everyone,” Wu said. “I look forward to supporting LEGO Group as they transition their headquarters to Boston and join our mission to become the most family-friendly city in the country. This news finally has my kids impressed.”

“I am excited by the opportunity to bring to the city a company that has shaped the lives of so many young people – in age and spirit – over so many generations,” said Idowu. “The City of Boston shares LEGO Group’s commitment to inspiring and developing the builders of tomorrow, and we look forward to working with them to bring about Mayor Wu’s vision of a Boston that is family friendly and ready to play.”

First opened in 1975, LEGO’s Connecticut HQ was previously home to a factory and warehouse that has since become only offices. In its announcement, the company stated it would continue supporting community partners in the area.