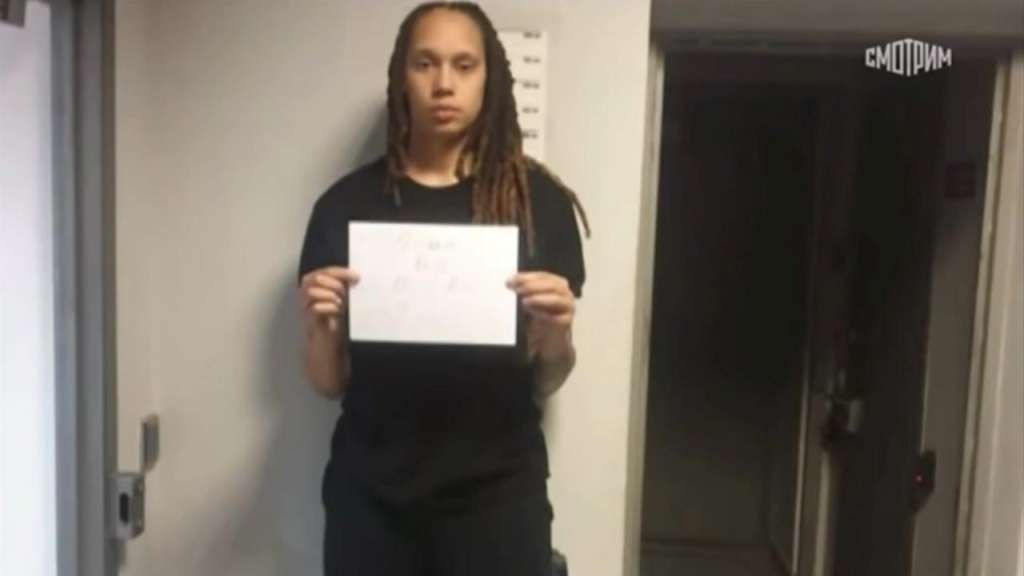 Before the Connecticut Sun beat the Phoenix Mercury 77-64, players from both teams met at midcourt and silently bowed their heads for 42 seconds — a nod to Griner’s jersey number with the Mercury.

“Nobody wanted to even play today,” said Phoenix guard Skylar Diggins-Smith, who scored 16 points to lead the Mercury. “How are you supposed to approach the game and court with a clear mind? The whole group is crying before the game. You try to honor her and still play hard for her. Regardless of whether she’s here or not. Right now, we still got to try and keep her spirit alive. Honor her spirit.”

The Mercury watched the verdict together in the morning right before the team had its pregame shootaround.

“I mean, it’s like you’re waiting for a bomb to drop watching it, seeing her behind bars,” Mercury guard Diamond DeShields said.

Diggins added that it was “a helpless feeling. It’s heavy.”

“Obviously, it’s devastating,” DeShields said. “You can’t say anything other than that. I know personally, I’m really proud to be part of this group and the way they showed up and came out and played. We approached the game tonight with a heavy heart, as we have every game this season.”

Sun coach Curt Miller wore a “WE ARE BG” t-shirt.

Griner, a two-time U.S. Olympic champion and a eight-time WNBA all-star, was convicted of drug possession and smuggling by Judge Anna Sotnikova.

She was sentenced for nearly a decade in a politically charged case that could lead to a high-stakes prisoner exchange between Washington and Moscow.

Griner showed little emotion to the sentence, but her lawyers said later she was “very upset, very stressed.”

U.S. President Joe Biden denounced as “unacceptable” the verdict and sentence, which came amid soaring tensions between the U.S. and Russia over Ukraine. Griner had told the court she had no intention to break the law by bringing vape cartridges with cannabis oil when she flew to Moscow to play basketball in the city of Yekaterinburg during the WNBA offseason.

While her short-handed WNBA team played without her on the road, Jonquel Jones had 14 points and 10 rebounds and Brionna Jones added 13 points and nine rebounds for the Sun.

Phoenix (13-19) was also without Diana Taurasi, who didn’t play due to a leg injury, for the first time this season.