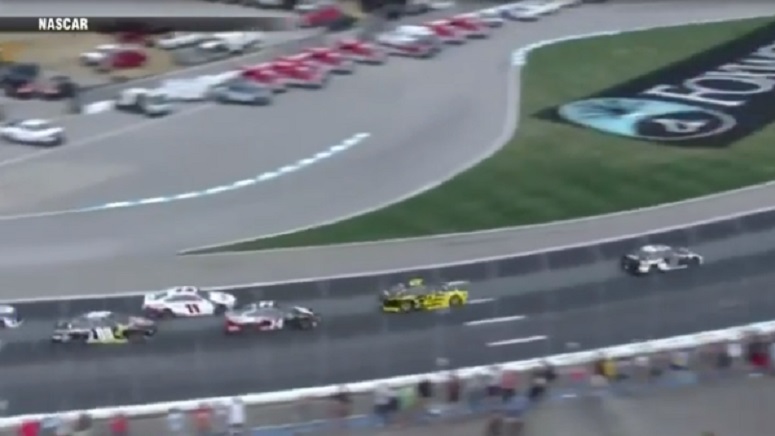 (CNN) — Bruton Smith, a longtime fixture in NASCAR and a Hall of Fame inductee for building and promoting auto racing events nationwide, died Wednesday at age 95 of natural causes, according to a statement from track operating company Speedway Motorsports.

Marcus Smith, his son and president of the company his father led for decades, said on social media, “While we mourn the passing of my father, we also rejoice for the life he lived and for the amazing legacy he left to inspire us all.”

Born Ollen Bruton Smith in 1927, the North Carolinian worked as a track promoter before making his mark designing and building Charlotte Motor Speedway, a 1.5-mile oval now known for annually hosting NASCAR’s longest race at 600 miles in length. The track’s first 600-miler was held at its grand opening in 1960.

“I learned from my own experience that when people go to an event — like a big race — they may know who won the race, but all the other stuff they don’t remember,” Smith once said, according to the statement. “I want to put something on so regardless who won the race, it will be a memorable experience. We’re here to entertain fans, and I want them to go home with a memory that will last forever.”

Smith was a key figure during NASCAR’s expansion in the 1990s as the sport began to transition away from a Southeast-driven sport to one with more of a national focus. He oversaw the creation of speedways in new markets such as Dallas-Fort Worth, and races at upgraded facilities spanning from Sonoma, California, and Las Vegas eastward to Loudon, New Hampshire, and Dover, Delaware, would often comprise a large bulk of NASCAR’s yearly schedule.

Smith was named as the oldest CEO to make the Fortune 500 list in 2012, heading several companies well into his 80s.

He was inducted into the NASCAR Hall of Fame in 2016 for his contributions to the sport.

“NASCAR has lost one of its true pioneers, visionaries and innovators,” Hall Executive Director Winston Kelley said in a statement. “Bruton’s legacy and incredible accomplishments in and contributions to NASCAR will forever remain in our minds, our archives, at the cathedrals of speed he built and celebrated at the NASCAR Hall of Fame forever.”

Smith is survived by his four children and seven grandchildren.