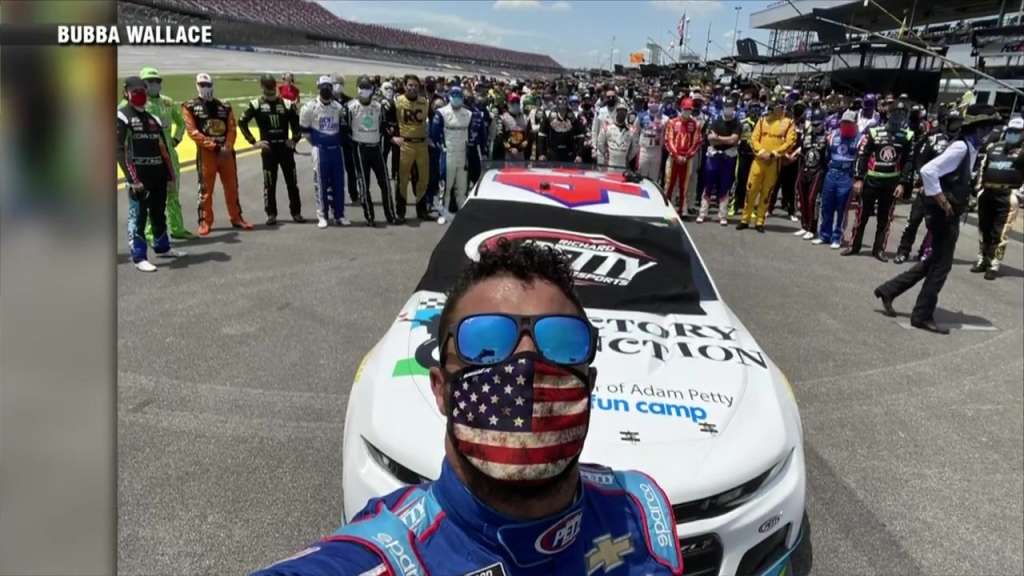 Wallace had driven through a crash and to the front of the field five laps before the second rain stoppage of the race. NASCAR tried to dry the track for nearly 45 minutes, but up against sundown and the rain not showing any signs of ceasing, the race was called off.

Wallace had been waiting atop his pit stand for NASCAR to make a decision and exploded in celebration with his crew when the race was called. Wallace is in his first season driving for 23X1 Racing, a team owned by both Denny Hamlin and Michael Jordan.

He’s the first Black driver to win at NASCAR’s elite Cup level since Wendell Scott in 1963 — a race where he wasn’t declared the victor for several months. NASCAR at last presented Scott’s family with his trophy from that race two months ago.

Wallace broke down in tears after he’d returned to his parked No. 23 Toyota. The car number was picked for co-owner Jordan, who wore 23 in the NBA.

“This is for all the kids out there that want to have an opportunity and whatever they want to achieve, and be the best at what they want to do,” Wallace said as he choked back tears. “You’re going to go through a lot of (BS). But you always got to stick true to your path and not let the nonsense get to you.

“Stay strong. Stay humble. Stay hungry. Been plenty of times when I wanted to give up.”

In June 2020 at Talladega, NASCAR discovered a noose in the garage stall assigned to Wallace. The finding came just a week after NASCAR had banned the Confederate flag at its events at Wallace’s urging.

The FBI investigated and found that the noose was tied at the end of the garage door pull and Wallace was not a victim of a hate crime. The entire industry rallied around him, though, and stood in solidarity with Wallace at his car at the front of the grid before the race.