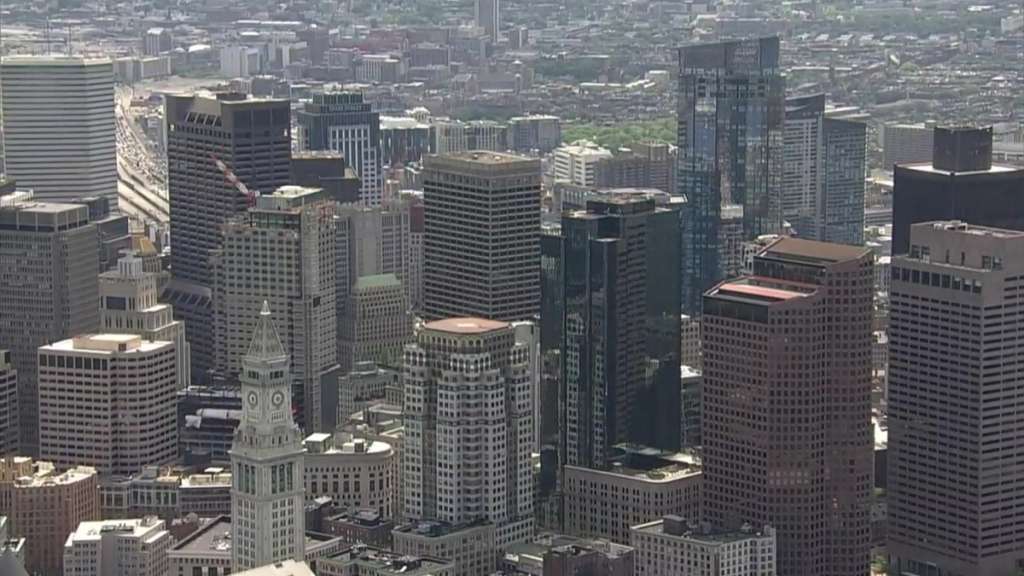 Reducing emissions from buildings and making them more energy efficient will be two focal points of the state’s efforts to get to net-zero carbon emissions by 2050 and lawmakers Wednesday morning rallied their colleagues to quickly advance legislation to direct the specifics of those efforts, especially around large buildings.

Commercial and residential buildings consume 54 percent of the energy used annually in Massachusetts and the burning of oil or gas in buildings accounts for 27 percent of statewide greenhouse gas emissions with another 17 percent of emissions coming from building electricity use. The climate law that Gov. Charlie Baker signed earlier this year calls for the state to tackle emissions from buildings, but the Legislature could be more prescriptive about how to tackle the issue by adopting follow-on legislation.

With backup from a variety of advocacy groups like Environment Massachusetts, Rep. Maria Robinson and Sen. Becca Rausch pitched the Joint Committee on Telecommunications, Utilities and Energy on their bill (H 3366/S 2232) to address building emissions by improving efficiency and replacing fossil heating in large buildings.

“Because we’re such a, let’s say, historic state, most of our buildings already exist. Some 85 percent of the buildings that will exist in Boston in the year 2050 — the climate roadmap target year — have already been built,” Rausch said. “If we’re serious about combating climate change, then we’ve got to get serious about curbing carbon emissions from existing buildings, especially the big ones. To date, we are failing to do.”

Robinson, who has been nominated by President Joe Biden to serve as assistant secretary in the U.S. Department of Energy’s Office of Electricity, said the bill would set a reporting requirement for energy usage in large buildings, and direct the Department of Energy Resources to establish energy performance standards for different types of large buildings with the least efficient buildings being required to reduce their energy use or emissions by at least 20 percent over five years.

She said the energy performance standards, which would be reduced by 20 percent over five years, would differ based on what the building is used for. Indoor marijuana growing operations, Robinson pointed out, have vastly different energy use patterns than do office buildings in downtown Boston.

“So we want to make sure that we’re comparing at least apples to slightly different types of apples, as opposed to apples and giraffes,” she said.

Penalties “Not The Goal”

The Robinson/Rausch bill is similar to a policy that the Boston City Council recently adopted to amend the city’s Building Energy Reporting and Disclosure Ordinance to require large buildings in Boston to meet increasingly aggressive greenhouse gas emissions reduction targets starting in 2025.

“While this has been a pretty standard policy in a number of different municipalities, Massachusetts would be the first state to adopt a full statewide building performance standard, which is a great opportunity for us to maintain our number one ranking in energy efficiency that I know that we’re extremely proud of and get annoyed at the idea of of California eking ahead,” Robinson said. “But it would also mean that the state could have some internal consistency and provide regulatory certainty for building owners.”

Sen. Michael Barrett, co-chair of the TUE Committee, pointed out that the Robinson/Rausch bill would impose financial penalties for buildings that do not report their energy use while officials in Boston and Cambridge have “been very gingerly about administering penalties for failure to report. They’ve been really looking for voluntary compliance.”

“Penalties are certainly not the goal. We hope that with this legislation, that 100 percent or as close to 100 percent as possible of buildings will voluntarily comply, both with the reporting requirement as well as with the standards over time,” Ben Hellerstein, director of Environment Massachusetts, said in response to Barrett’s line of questioning.

Barrett said the Senate adopted a similar energy use reporting policy last session in its suite of climate bills, but it was not part of the final climate bill negotiated between the House and Senate because “there were some legitimate issues here of accountability.”

“Sometimes tenants are responsible for having the requisite information. Sometimes building owners have the requisite information. You don’t want to penalize the wrong party slow to act. I guess that, again, is one reason why Boston and Cambridge have been careful not to impose any penalties,” Barrett said. He added, “I think it’s a difficult problem legally in real property law, figuring out the allocation of responsibility between commercial tenants and commercial owners. I don’t think it’s easily solved and I think that’s one reason that this building reporting statute did not become part of the climate act.”

Hellerstein said the Robinson/Rausch bill would allow building owners to request that their utility companies handle the data reporting.

“We think that that could be a more efficient and less burdensome way to do what the bill would envision,” Hellerstein said.

Sublimits In The Works

Barrett began the virtual hearing Wednesday morning by reminding the committee and those listening that the climate law requires the secretary of energy and environmental affairs to set emissions sublimits for the electric power, commercial and industrial heating and cooling, residential heating and cooling, and natural gas distribution and service sectors.

“The climate act provides the general context in which all these bills need to be thought about. As you all know, the House and the Senate, in the new climate act which became effective on June 25, indicated that Massachusetts has to curb emissions from buildings and that very soon, within the next nine months, the secretary must set emissions limits,” Barrett said. He added, “So four different sublimits will set the ground rules and will likely be effective by June of 2022 before any of the bills we’re hearing today become law, or more or less concurrently with their becoming law. So something to keep in mind that those emissions sublimits are going to have the force of law and provide context for everything we do.”

Energy officials have said that in order to reduce emissions fast enough to comply with the new net-zero emissions climate law, the state will have to retrofit a million homes in the next decade.

Reps. Natalie Higgins of Leominster and Michael Kushmerek of Fitchburg pitched the TUE Committee on their legislation (H 3320) to establish a program focused on retrofitting homes in Gateway Cities and small communities to be energy efficient and powered with renewable electricity.

“How do we make sure that green energy solutions are accessible to low-income families in Gateway Cities like mine? It shouldn’t be something that just wealthy residents can opt into,” Higgins, who said she lives in a 100-year-old home that once belonged to her great-grandparents, told the committee. “And how do we make an incentive for communities to show off innovative projects across the commonwealth? … We really wanted to look at a way to lift up opportunities and help families and communities like mine remove their energy bills, which can be game-changing and keep them in their homes a whole lot longer.”