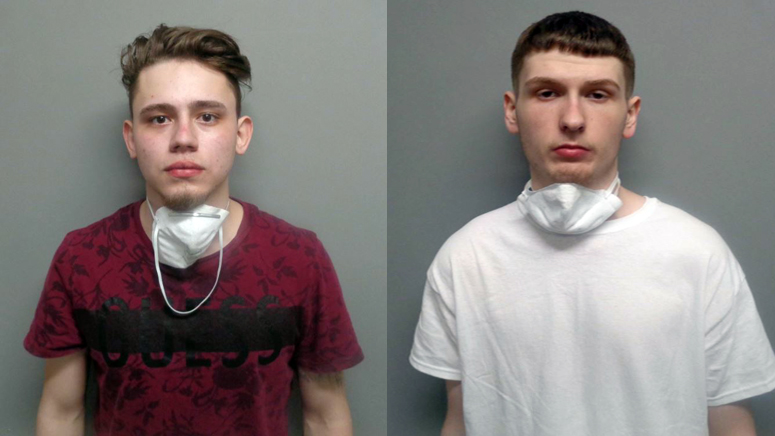 HOLLIS, N.H. (WHDH) - A trio of burglary suspects were arrested Tuesday night after a New Hampshire homeowner caught them in the act, police said.

Brandon R. Muraca, 19, and Julian Tyler, 18, both of Nashua, are facing charges including burglary and criminal mischief, according to the Hollis Police Department. A juvenile, whose name was not released because of their age, has also been charged.

Officers responding to a report of a burglary in progress at a home on South Merrimack Road around 9:30 a.m. encountered the homeowner, as well as the three suspects, one of whom is known to the victim, police said.

The three suspects allegedly smashed a window to gain entry to the house but the homeowner heard the noise, came downstairs, confronted them, and called 911.

Police say the house was not randomly targeted.

All three suspects will be called to court at a later date.