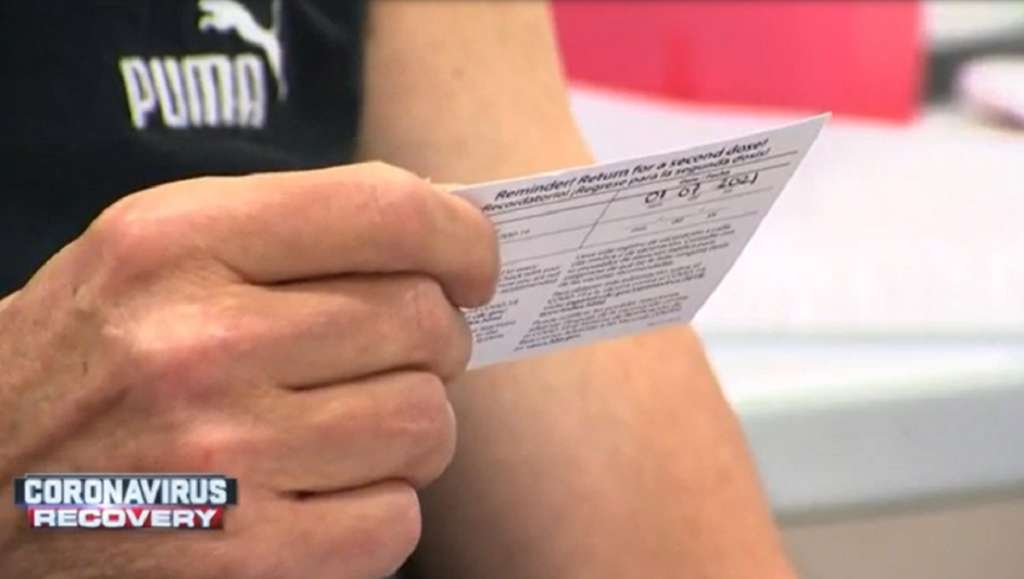 WASHINGTON (AP) — More than six weeks after promising a new vaccination-or-testing rule covering the millions of Americans at companies with 100 or more workers, President Joe Biden’s most aggressive move yet to combat the COVID-19 pandemic is almost ready to see the light of day.

An obscure White House office is expected to give the green light any day to the rule’s fine print detailing how and when companies will have to require their employees to be vaccinated or undergo weekly testing.

The full enforcement deadline, which could carry penalties of about $14,000 per violation, may not take effect until after the new year. That’s why Biden and his aides have for weeks encouraged businesses to act as though the rule was already in effect and start imposing vaccination requirements.

The regulation, to be published in the Federal Register, was drafted by the Occupational Safety and Health Administration under emergency authorities to protect worker safety and will cover an estimated 80 million U.S. workers. The White House sees it as a potent tool to winnow down the ranks of roughly 65 million Americans who have thus far refused to get a shot.

Unlike healthcare providers or federal employees, who may not have a testing alternative to vaccination, private sector workers won’t necessarily face termination if they don’t get vaccinated. But some businesses may choose to impose their own more stringent vaccination mandate, and it’s possible that businesses may be allowed to pass on the cost of weekly COVID-19 testing to their unvaccinated employees.

White House officials declined to discuss when the rule will be published or go into details on when businesses will have to comply.

For the last week, federal officials have hosted more than two dozen listening sessions with industry groups, businesses and advocacy organizations. Some have been supportive of the rule, others vehemently opposed, but all are eager to learn more about the fine print of the regulation.

The U.S. Chamber of Commerce and other groups that represent large employers are worried that the proposal’s threshold -– applying to companies with 100 or more employees – could cause workers to migrate to jobs at smaller employers where they won’t need to be vaccinated.

“We really stressed the concern about employers losing employees, and what that would mean in the context of current supply-chain challenges and the upcoming holiday season,” said Marc Freedman, vice president for employment policy at the Chamber of Commerce. “You could start to see some very serious disruptions.”

Freedman, who took part in the chamber’s call with administration officials, said the 100-worker threshold would also hurt job creation by giving employers who have 90 or 95 employees a reason not to expand.

The experience of United Airlines and health-care providers that acted early to require vaccination suggests that very few employees will give up their jobs because of a vaccine mandate. United says about 200 of its 67,000 U.S. workers face termination for refusing to get vaccinated and another 2,000 are still seeking medical or religious exemptions.

State government vaccination mandate deadlines went into effect this week in Washington state, Massachusetts and New Jersey after a host of legal challenges by state employees and first responders’ unions.

In Washington, the state patrol lost 127 employees, including 67 troopers, who left due to the COVID-19 vaccination mandate for state employees, about 6% of the agency’s staff, officials said.

The Northwest state’s mandate also led to the high-profile firing of Washington State football coach Nick Rolovich and his four assistants, who wouldn’t get vaccinated.

In Massachusetts, nearly 1,600 state employees had not proved they were vaccinated or had sought a vaccine exemption by a Sunday deadline. Republican Gov. Charlie Baker announced in August that some 44,000 executive branch workers and contractors would be required to get vaccinated or face suspension and ultimately the loss of their jobs.

The National Association of Manufacturers is arguing that companies should get credit — perhaps an exemption from the rules — for taking early steps to get a high percentage of workers vaccinated. Manufacturers have expressed worry that they could see higher quit rates because many plants are located in rural areas where opposition to vaccination is stronger.

The manufacturers, the Chamber of Commerce and other business groups are also pushing the administration to let employers make unvaccinated workers pay for their own weekly COVID-19 testing.

“A lot of our members feel strongly that the vaccine is widely available, it is free, and so if a person opts not to be vaccinated potentially the onus of the test can and should fall on the employee who has made a choice not to vaccinate,” said Robyn Boerstling, a NAM vice president. She said employers should pay for testing if an employee has a medical condition or a “proven and true” religious reason for seeking an exemption.

Business groups, however, are not optimistic on the test-cost issue, saying that OSHA has a history of making employers bear the cost of new regulations.

Retailers are worried about the timing of the new regulation taking effect as they prepare for the critical holiday season. They want to push the rule’s effective date into next year.

Several people who took part in the discussions with the Office of Office of Information and Regulatory Affairs, which is doing the final review of the proposal, said they got no hints whether their arguments would sway the administration. They described conference-call meetings –- virtual because of the pandemic -– in which White House staffers listened and did not respond to their arguments.

It is not clear how the business community will respond once the final rule is published.

Business officials said legal challenges are more likely to come from Republican-led states such as Texas. And Alfredo Ortiz, president and CEO of the conservative Job Creators Network, reiterated his pledge Tuesday after meeting with the White House officials to sue to block the rule’s implementation. Two dozen attorneys general in GOP states vowed last month to use “every available legal option” to kill the mandate.