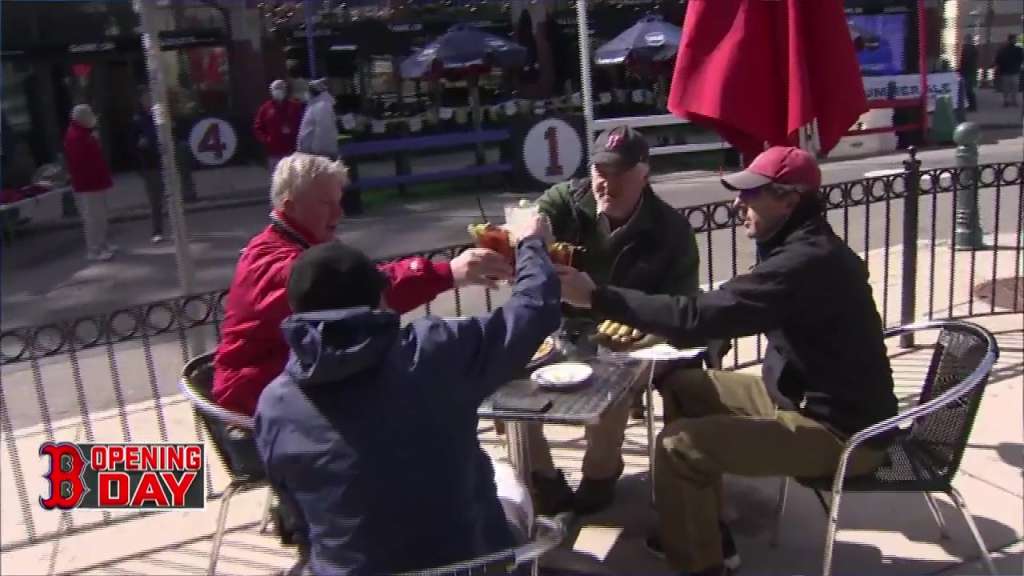 BOSTON (WHDH) – Baseball is back! The Red Sox took another swing at Opening Day on Friday and fans said they are happy to be back in the stands. Business owners too.

After military planes from three New England states performed the traditional flyover, the 100th Opening Day at Fenway Park got underway with hopes high for a better season.

“I’m feeling good, you know, I know we are favored to win this one today. Anything can happen in a game” said Shawn Sandi who traveled from Maryland to be there. “I’m looking forward to seeing the Sox come out strong.”

Ron Gilefsky, 80, of Marblehead, said it was just exciting to be back at Fenway — a place that holds a lifetime of good memories.

With the pandemic still looming over the festivities, the Red Sox took time out to pay tribute to the 100 healthcare heroes on the front lines.

All as fans navigate new protocol just to get inside the park.

“We just had to scan a QR code and fill out a form to say if we’d had symptoms or anything of that matter,” said Hopkinton fan Amy Sanborn.

Capacity limits were put in place and only 4,500 fans were able to score tickets.

Despite this, the smell of sausage and peppers filled the air around Fenway Park.

Friday marks the first game in more than a year that fans have been able to attend a Red Sox game in person at Fenway Park and businesses in the area say they’re excited to see the boost in business.

“This is the most important Opening Day of our career out here,” said David Littlefield of The Sausage Guy, “I mean 30 years because of what we’ve been through, just incredible, as a culture and as a city. It’s like the beginning of the end. Really, getting back to the ballpark.”

Cask and Flagon owner Dana Van Fleet added, “Obviously, I’d love to see the park full but I’m excited that there are fans coming to Fenway. I know we’ll get to the point where they’re full and that’s what I’m looking forward to. That’s all I can do.”

Some businesses in the area still remain closed, including Sal’s Pizza and Boston Beer Works.