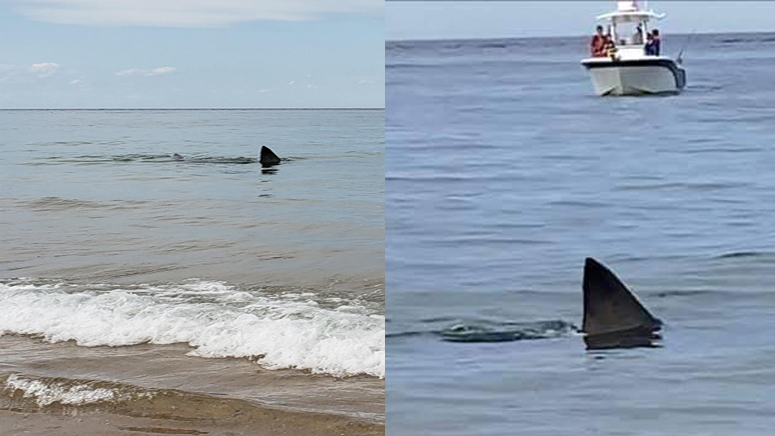 PROVINCETOWN, MASS. (WHDH) - Cape Cod beachgoers captured stunning photos of a shark swimming in the water just feet from the shoreline over the weekend.

Photos taken by the friends and family of Kulis Cup showed a great white shark fin gliding through the water not far from the shore at Race Point Beach in Provincetown, according to the Atlantic White Shark Conservancy.

“This is a good example and reminder of how close to shore white sharks can get,” the Conservancy said in a Facebook post.

There have been dozens of shark sightings off the Cape this summer.

Researchers recently captured an image of a massive great white shark in the water off Chatham.

Some people who took a fishing expedition out of Harwich Port earlier in the summer captured shocking video of the moment they came face-to-face with an enormous whale shark.