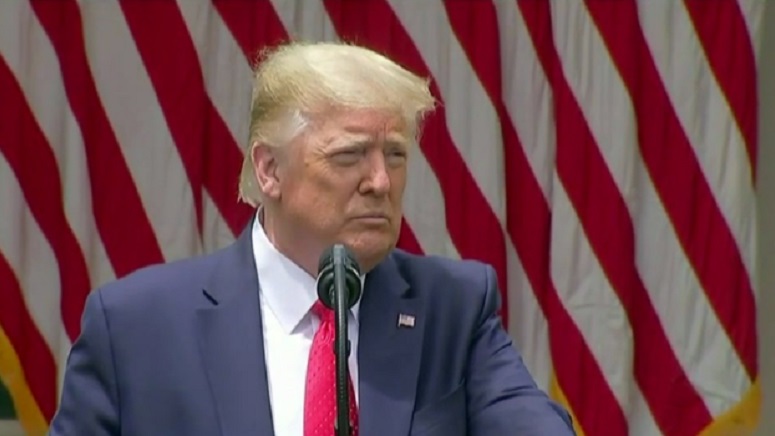 (CNN) — CBS News on Thursday called out the White House for violating an agreement it had with the network and posting President Trump’s full “60 Minutes” interview online ahead of its Sunday air date.

“The White House’s unprecedented decision to disregard their agreement with CBS News and release their footage will not deter ’60 Minutes’ from providing its full, fair and contextual reporting which presidents have participated in for decades,” CBS News said in a statement.

Trump posted the 38-minute interview on Facebook after spending days threatening to do so and lashing out at correspondent Lesley Stahl, who conducted the interview at the White House Tuesday. He later also posted Stahl’s interview with Vice President Mike Pence.

CBS News has said the White House recorded the interview alongside the network, but agreed only to use the footage for archival purposes. The White House did not immediately respond to a request for comment about the agreement.

The President claimed in his Thursday Facebook post that the full video revealed “bias, hatred and rudeness” on Stahl’s part. But the footage revealed no such thing, only showing Stahl asking firm questions about the coronavirus and other topics.

CBS News noted in its statement that “60 Minutes” is “widely respected for bringing its hallmark fairness, deep reporting and informative context to viewers each week.”

“Few journalists have the presidential interview experience Lesley Stahl has delivered over her decades as one of the premier correspondents in America and we look forward to audiences seeing her third interview with President Trump and subsequent interview with Vice President Pence this weekend,” the network added.

The interview began with Stahl asking the President if he was “ready for tough questions.” Trump replied that he only wanted her to be “fair.”

“But you’re OK with some tough questions?” Stahl asked.

From there, Trump spent much of the interview accusing Stahl of being biased and “negative” with her questioning.

Toward the end of the interview, Trump grew even more frustrated, complaining that he fields tougher questions than his Democratic challenger Joe Biden.

The President also told Stahl that starting the interview by asking him if he was ready for “tough questions” was “no way to talk.”

Near the end of the video, a person off camera then told Trump that Vice President Pence would soon be ready for a joint interview with him that Stahl was slated to conduct after the solo interview finished.

Trump’s displeasure with how the interview went was immediately made clear to the public. The President on Tuesday taunted Stahl by posting a video of her on Twitter without a mask.

A person familiar with the situation told CNN at the time that the image from the tweet showed Stahl with her producers immediately after Trump ended the interview. Stahl had not yet gone back to get her personal belongings to put her mask back on. She had a mask on from the time she entered the White House and just before the interview began.

The interviews with Trump and Pence will air Sunday on “60 Minutes” alongside interviews with Biden and his running mate Kamala Harris. The newsmagazine program has a long history of interviewing candidates ahead of elections.