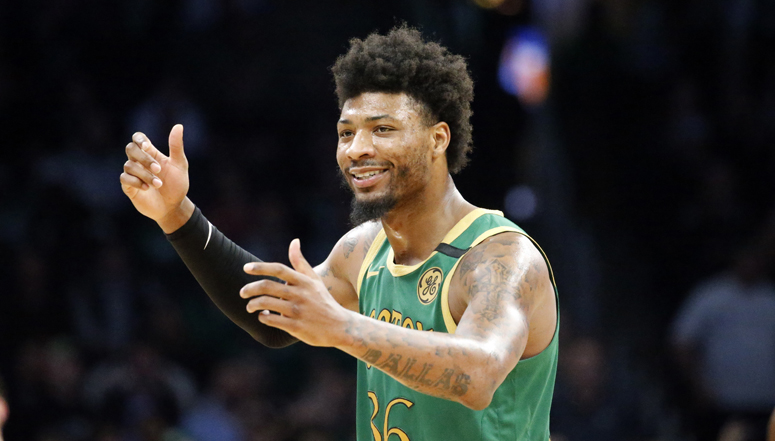 LAKE BUENA VISTA, Fla. (AP) — If there was a sliver of consolation for the Boston Celtics on Friday, it probably could have been found within the understanding that a 2-0 lead for the Miami Heat in the Eastern Conference finals doesn’t guarantee anything.

The Celtics learned that two years ago against Cleveland.

And Milwaukee learned the same last season against Toronto.

Dropping the first two games of the East finals to the Heat, obviously, isn’t the ideal scenario for the Celtics. But they’ve had chances to win both games — and might be getting Gordon Hayward back Saturday night for Game 3, when they’ll have the opportunity to get right back into this series.

“I think this series is far from over,” Celtics forward Jaylen Brown said.

Those aren’t fighting words. The Heat agree with him.

“We haven’t done anything. We haven’t,” All-NBA pick and Heat forward Jimmy Butler said. “We can’t get excited that we’re up 2-0 because as good as it is to be 2-0, it could easily be 4-2 Boston. So, we’re going to come into the same way knowing that we’ve got to be better and stay humble about it.”

The Celtics were up by 14 in the fourth quarter of Game 1, then were up by 17 in the first half of Game 2 and lost both games. Seeing a 17-point first-half lead get erased in the NBA is no big deal anymore; the wasted lead that truly bothered Boston was the five-point edge they had with 4:25 remaining. They got outscored 17-7 the rest of the way, and tempers flared in the Boston locker room after the game.

“We feel like we could have won,” Brown said. “Should have won, and we didn’t. So just a lot of emotions flying around. That’s it.”

The Heat got some great breaks in Game 2, plays like Kelly Olynyk banking in a 3-pointer late in the third quarter to help finish off a 37-17 Miami run — and Butler getting a steal and then whipping the ball behind his back as he saved it from going out of bounds in the fourth, a play where not only did the Heat maintain possession of his heave but where he wound up getting a layup.

But the comeback had important tactical elements as well, such as Miami going to zone defense and stifling the Celtics with that scheme. If Boston gets Hayward — who hasn’t played in a month because of a bad ankle — back on Saturday, his shooting and passing ability will help when Miami tries the zone.

“This isn’t about zones or defenses and offenses and stuff like that,” Boston coach Brad Stevens said. “This is, we just got to be better.”

“You get to this level, in the conference finals, it’s not going to be easy for either team — and it wasn’t,” said Heat coach Erik Spoelstra, who got his 81st postseason win Thursday to tie K.C. Jones for eighth on the all-time list. “Both teams are laying it all on the line. That’s the way it should be.”

Some of what else to know going into Saturday:

Goran Dragic, Miami’s 34-year-old point guard, has led the Heat in scoring in each of the first two games, 29 points in Game 1 and 25 in Game 2. “He’s a winner, man. That’s my guy,” Butler said. The only other player this season, age 34 or older, to have multiple 25-point games against Boston was Toronto’s Kyle Lowry — in the East semifinals.

Brown and Marcus Smart are a combined 13 for 27 from 3-point range in the two games for Boston; Celtics teammates Kemba Walker and Jayson Tatum are a combined 9 for 34. Tatum knows he has to be more aggressive, after not taking any shots in the final 4:56 of Game 2. “Not looking at we got to win four out of five … just win the next one,” Tatum said.

Miami is a franchise with three NBA championships and five trips to the NBA Finals, but has never had three separate 2-0 series leads in the same postseason — until now. This is only the second time they’ve led 2-0 in eight trips to the East finals; they led Boston 2-0 in 2012.

Even after giving up 223 points in the first two games of the East finals, Boston still leads these NBA playoffs in points allowed per game (101.8; Miami is second at 104.4), opponent field-goal percentage (.413) and opponent 3-point percentage (.317). But after a 6-0 start to the postseason, the Celtics are only 2-5 since. That matches Boston’s worst seven-game stretch from any point this season.