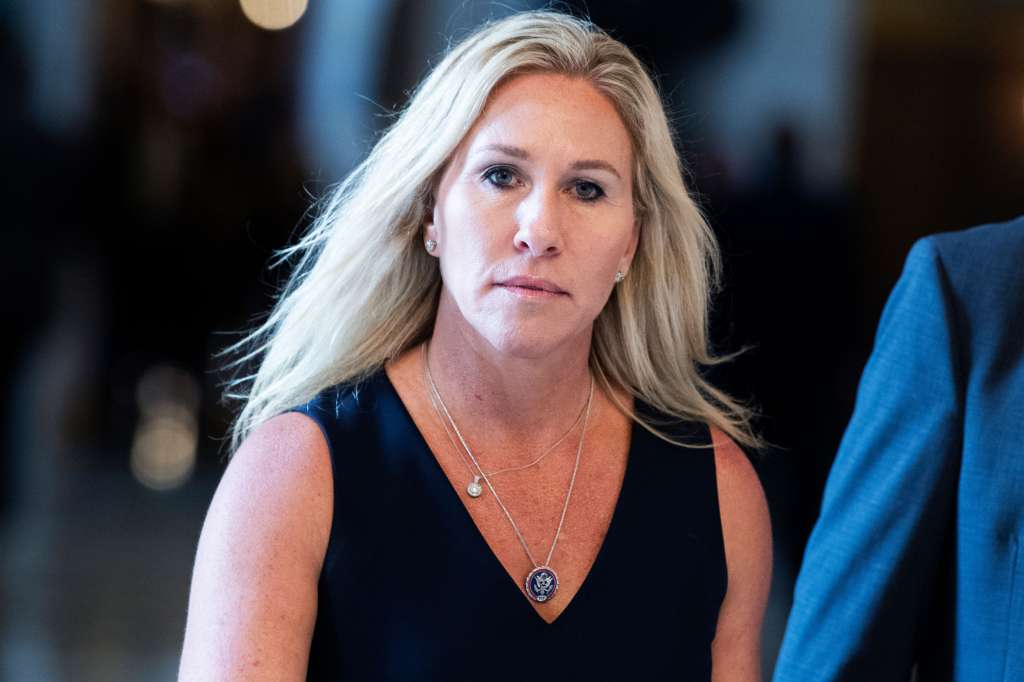 ATLANTA (AP) — Georgia Secretary of State Brad Raffensperger accepted a judge’s findings Friday and said U.S. Rep. Marjorie Taylor Greene is qualified to run for reelection despite claims by a group of voters that she had engaged in insurrection.

Georgia Administrative Law Judge Charles Beaudrot issued a decision just hours earlier that Green was eligible to run, finding that the voters hadn’t produced sufficient evidence to support their claims. After Raffensperger adopted the judge’s decision, the group that filed the complaint on behalf of the voters vowed to appeal.

Before reaching his decision, Beaudrot had held a daylong hearing in April that included arguments from lawyers for the voters and for Greene, as well as extensive questioning of Greene herself. He also received additional filings from both sides.

Raffensperger is being challenged by a candidate backed by former President Donald Trump in the state’s May 24 GOP primary after he refused to bend to pressure from Trump to overturn Joe Biden’s victory in Georgia. Raffensperger could have faced huge blowback from right-wing voters if he had disagreed with Beaudrot’s findings.

Raffensperger wrote in his “final decision” that typical challenges to a candidate’s eligibility have to do with questions about residency or whether they have paid their taxes. Such challenges are allowed under a procedure outlined in Georgia law.

“In this case, Challengers assert that Representative Greene’s political statements and actions disqualify her from office,” Raffensperger’s decision said. “That is rightfully a question for the voters of Georgia’s 14th Congressional District.”

The challenge to Greene’s eligibility was filed by Free Speech for People, a national election and campaign finance reform group, for five voters in her district who allege the GOP congresswoman played a significant role in the Jan. 6, 2021, riot that disrupted Congress’ certification of Biden’s presidential victory. They had argued that put her in violation of a seldom-invoked part of the 14th Amendment having to do with insurrection and makes her ineligible to run for reelection.

Greene applauded Beaudrot’s decision and called the challenge to her eligibility an “unprecedented attack on free speech, on our elections, and on you, the voter.”

“But the battle is only beginning,” she said in a statement. “The left will never stop their war to take away our freedoms.” She added, “This ruling gives me hope that we can win and save our country.”

Free Speech for People, a national election and campaign finance reform group, filed the challenge on behalf of the voters. The group had sent a letter to Raffensperger on Friday urging him to reject the judge’s recommendation. They have 10 days to appeal his decision in Fulton County Superior Court.

The group said in a statement that Beaudrot’s decision “betrays the fundamental purpose of the Fourteenth Amendment’s Insurrectionist Disqualification Clause and gives a pass to political violence as a tool for disrupting and overturning free and fair elections.”

During the April 22 hearing, Ron Fein, a lawyer for the voters, noted that in a TV interview the day before the attack at the U.S. Capitol, Greene said the next day would be “our 1776 moment.” Lawyers for the voters said some supporters of then-President Trump used that reference to the American Revolution as a call to violence.

“In fact, it turned out to be an 1861 moment,” Fein said, alluding to the start of the Civil War.

Greene is a conservative firebrand and Trump ally who has become one of the GOP’s biggest fundraisers in Congress by stirring controversy and pushing baseless conspiracy theories. During the recent hearing, she repeated the unfounded claim that widespread fraud led to Trump’s loss in the 2020 election, said she didn’t recall various incendiary statements and social media posts attributed to her. She denied ever supporting violence.

Greene acknowledged encouraging a rally to support Trump, but she said she wasn’t aware of plans to storm the Capitol or disrupt the electoral count using violence. Greene said she feared for her safety during the riot and used social media posts to encourage people to be safe and stay calm.

The challenge to her eligibility was based on a section of the 14th Amendment that says no one can serve in Congress “who, having previously taken an oath, as a member of Congress … to support the Constitution of the United States, shall have engaged in insurrection or rebellion against the same.” Ratified shortly after the Civil War, it was meant in part to keep representatives who had fought for the Confederacy from returning to Congress.

Greene “urged, encouraged and helped facilitate violent resistance to our own government, our democracy and our Constitution,” Fein said, concluding: “She engaged in insurrection.”

James Bopp, a lawyer for Greene, argued his client engaged in protected political speech and was, herself, a victim of the attack on the Capitol, not a participant.

Beaudrot wrote that there’s no evidence that Greene participated in the attack on the Capitol or that she communicated with or gave directives to people who were involved.

“Whatever the exact parameters of the meaning of ‘engage’ as used in the 14th Amendment, and assuming for these purposes that the Invasion was an insurrection, Challengers have produced insufficient evidence to show that Rep. Greene ‘engaged’ in that insurrection after she took the oath of office on January 3, 2021,” he wrote.

Greene’s “public statements and heated rhetoric” may have contributed to the environment that led to the attack, but they are protected by the First Amendment, Beaudrot wrote.

“Expressing constitutionally-protected political views, no matter how aberrant they may be, prior to being sworn in as a Representative is not engaging in insurrection under the 14th Amendment,” he said.

Free Speech for People has filed similar challenges in Arizona and North Carolina.

Greene has filed a federal lawsuit challenging the legitimacy of the law that the voters are using to try to keep her off the ballot. That suit is pending.