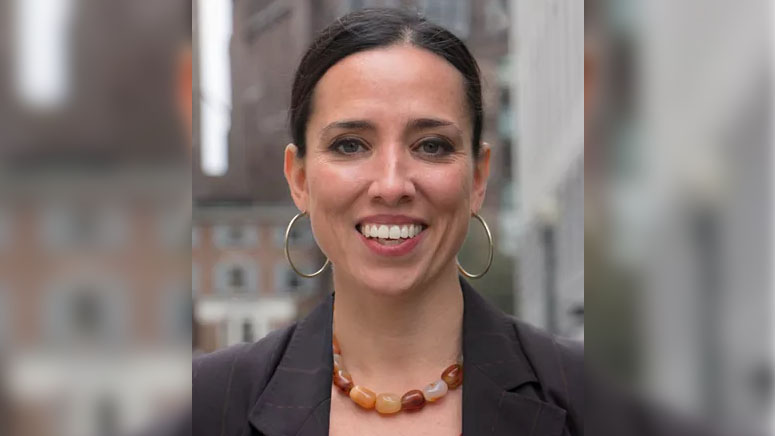 Sen. Sonia Chang-Díaz on Thursday ended her campaign for governor, a move that clears Attorney General Maura Healey’s path toward the Democratic nomination though Chang-Díaz said she will keep her name on the ballot so voters have a choice.

Chang-Díaz said that while no longer actively campaigning she is “not exiting the race” and plans to vote for herself, but wants to be honest with her supporters about the best way for them to direct their energy over the next 10 weeks.

“I know my announcement about this campaign will feel like an ending to many of you, but I don’t see it that way,” she told supporters gathered outside of Nurtury Learning Lab in Jamaica Plain. “I got into this race because Beacon Hill has taken too long to address our commonwealth’s biggest challenges due to a lack of courage from our political leaders. We don’t overcome that by winning one election. We overcome it by winning a handful and then dozens and then hundreds of elections.”

She said she will turn her focus to “campaigning and marshaling my supporters and the movement we’ve built” toward a group of down-ballot candidates who “walk the walk when it comes to our values.”

Chang-Díaz, a senator since 2009 and a leading voice in education funding and criminal justice reform efforts, staked out a progressive lane in the governor’s race, supporting, among other policies, fare-free public transit and Medicare for all.

Polling indicates her messaging did not gain enough traction to chip away at Healey’s frontrunner status. A May Emerson College poll found Healey ahead 34 percent to Chang-Díaz’s 8 percent among likely primary voters, and Democrats at their June nominating convention endorsed Healey with 71 percent of the delegate vote.

The first Latina and first Asian-American state senator, Chang-Díaz is also the first woman of color to make it on the gubernatorial ballot in Massachusetts, her campaign has said.

In keeping her name on the primary ballot, Chang-Díaz said she is “saying that people deserve to have choices” and that it “is a really important, historic milestone and a barrier that this campaign busted through.”

Chang-Díaz is also now the second woman and candidate of color to end her bid for the Democratic nomination, following Danielle Allen. A third Democrat, former Sen. Ben Downing, ended his campaign last December, before Healey jumped in.

Downing, when he dropped out, cited a lack of “financial resources” to continue. Allen, a Harvard professor and the first Black woman to launch a major-party bid for governor, knocked the obstacles created by ballot-access procedures.

Healey said in a Thursday statement that she looks forward “to continuing to partner with Senator Chang-Díaz to bring people together and make Massachusetts work for all of our families.”

“The legacy of her campaign will live on through the young girls who finally saw themselves represented in a candidate for the highest office in the state,” Healey said.

Healey entered the race with a commanding financial advantage — with nearly $3.7 million cash on hand when she announced her candidacy in January — as well as good relationships across much of the state’s powerful Democratic political establishment and broader name recognition as an attorney general who often challenged former President Donald Trump.

Chang-Díaz said there was no one factor behind her decision.

“Looking at the entirety of the data points and the variables that we have before us and the 10 weeks of runway that we have, I think it is the most responsible choice to marshal the people power of this campaign, to spend our time for the remaining 10 weeks building and expanding the electorate,” she said.

She said she will “of course support the Democratic nominee in this race.” In the Sept. 6 primary, Chang-Díaz said, “people should make their best choice.”

Without an active primary opponent and a summer of intraparty competition, Healey will be freed up to position herself for a November general election matchup against either former Rep. Geoff Diehl or Chris Doughty.

Doughty touted the poll results after Chang-Díaz announced her intentions, saying the survey showed his ticket with running mate Kate Campanale “is on the upward trajectory and has the best chance of defeating Healey.” The Wrentham businessman described himself as a “conservative outsider who can win in November” and charged that Healey “muscled Sonia out of the race so that Democrat voters don’t have a choice.”

Diehl said Chang-Díaz’s move “makes this now a clear contest between my vision to make Massachusetts a better place to live and work, and the policies of Maura Healey which would drive more families and businesses to leave our state in search of better opportunities elsewhere.”

Chang-Díaz is the second Senate Democrat to pull back their hopes of higher office this month. Pittsfield Sen. Adam Hinds did not earn enough support at the convention to continue his bid for lieutenant governor.