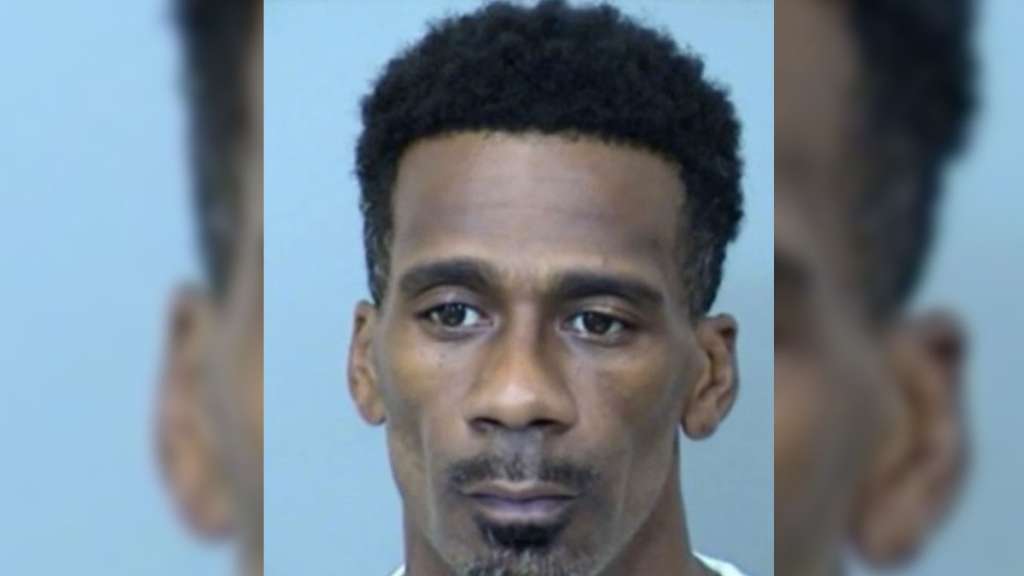 ST. PAUL, Minn. (AP) — An Arizona man who allegedly told his father he “snapped and shot a couple of people” was charged Tuesday with murder, about a week after four bodies were found in an abandoned SUV in western Wisconsin, according to a criminal complaint.

Antoine Suggs, 38, of Scottsdale, Arizona, faces four counts of second-degree intentional murder, without premeditation. Suggs turned himself in to Gilbert, Arizona, police last week after investigators announced he was wanted for questioning. Prosecutors said he remains jailed in Arizona, awaiting extradition to Minnesota.

Suggs’ father, 56-year-old Darren McWright, who also goes by the last name Osborne, has been charged in Wisconsin with four counts of hiding a corpse. The Minnesota complaint against Suggs does not name McWright as Suggs’ father, but comparing the details with the charges out of Wisconsin shows the two men are father and son. The Ramsey County Attorney’s Office says it is reviewing the case against McWright.

The bodies of Matthew Pettus, 26, his half-sister Jasmine Sturm, 30, and Sturm’s boyfriend, 35-year-old Loyace Foreman III, all of St. Paul; and 30-year-old Nitosha Flug-Presley, of Stillwater, Minnesota, a close friend of Sturm, were found by a farmer in a cornfield on Sept. 12 just outside of the Town of Sheridan in Dunn County, Wisconsin, roughly 60 miles (97 kilometers) east of St. Paul.

Authorities said in court documents that Suggs was seen at a St. Paul bar with Flug-Presley, Sturm and Pettus on Sept. 12. The Wisconsin criminal complaint against McWright said Flug-Presley’s aunt told authorities that her niece had a “thing” with Suggs and he would fly in from Arizona to see her.

According to the criminal complaint against Suggs, an employee at a bar saw a woman who looked like Flug-Presley arguing with a man, who the employee identified as Suggs from a photo lineup. The employee said Suggs said something about “having six children and this happening every time he comes back to Minnesota,” the complaint said.

Flug-Presley, Pettus and Sturm were then seen getting into a black SUV, the complaint said. The SUV and Suggs returned to the area shortly before 3 a.m. Investigators believe that Suggs killed the four victims in St. Paul, sometime between 3:30 a.m. and 3:48 a.m. Six spent shell casings and Suggs’ bloody driver’s license were found in the vehicle.

Suggs then called his father and showed up where his father was staying at about 5 a.m. Suggs’ father told authorities that Suggs “snapped and shot a couple of people.” Suggs then drove the SUV from St. Paul to Wisconsin, and Suggs’ father followed him. They stopped at various gas stations — surveillance video from one St. Paul station shows Suggs driving the SUV, and Flug-Presley slumped over in the passenger seat, the complaint said.

Suggs’ father told authorities that after leaving the SUV in a cornfield, he gave Suggs a ride back to Minnesota. Suggs’ father denied knowing the bodies were in the abandoned SUV, the complaint said.

But surveillance video from a gas station in Wheeler, Wisconsin — about 10 miles from the cornfield — shows that Suggs’ father handed something to the driver of the SUV. Suggs’ father also stood at the SUV’s open passenger window while it was in the gas station parking lot, the complaint said.