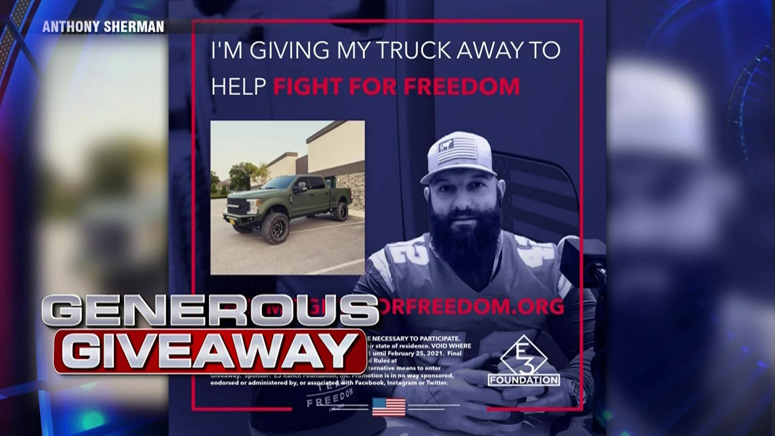 (WHDH) — A Kansas City Chiefs player from North Attleboro posted on Twitter that he is auctioning his truck away for charity — no one more surprised than he was.

At first glance, it seems like a typical fundraiser. But, fullback Anthony Sherman said he had no intention of giving up his truck.

The Massachusetts-native revealed on “the Pat McAfee Show” that he learned about the giveaway after practice Saturday morning.

Though the tweet was sent from his account, Sherman said he quickly realized he was being duped.

He said he immediately suspected the prank was a bit of retribution from former MLB player Adam LaRoche for filling his truck up with thousands of Oreos just a few months ago.

Former Patriots offensive tackle Matt Light was also in on the prank. A player Sherman said he grew up watching every week.

“I would say what just happened to Anthony Sherman — this could be top 10,” Light said.

Light said LaRoche approached him for help planning everything out, including a way to raise a lot of money for a good cause.

“It’s not enough to prank someone, we have to do something that actually makes an impact we’re putting a lot of effort into this,” Light said.

Although it all started as a joke, Sherman has decided to go forward with the give-away.

The drawing for the truck will be on February 19 and the proceeds will go to support combat warriors and victims of human trafficking.