Child cases of COVID-19 are rising as schools gear up to reopen. But vaccines for the youngest are still months away 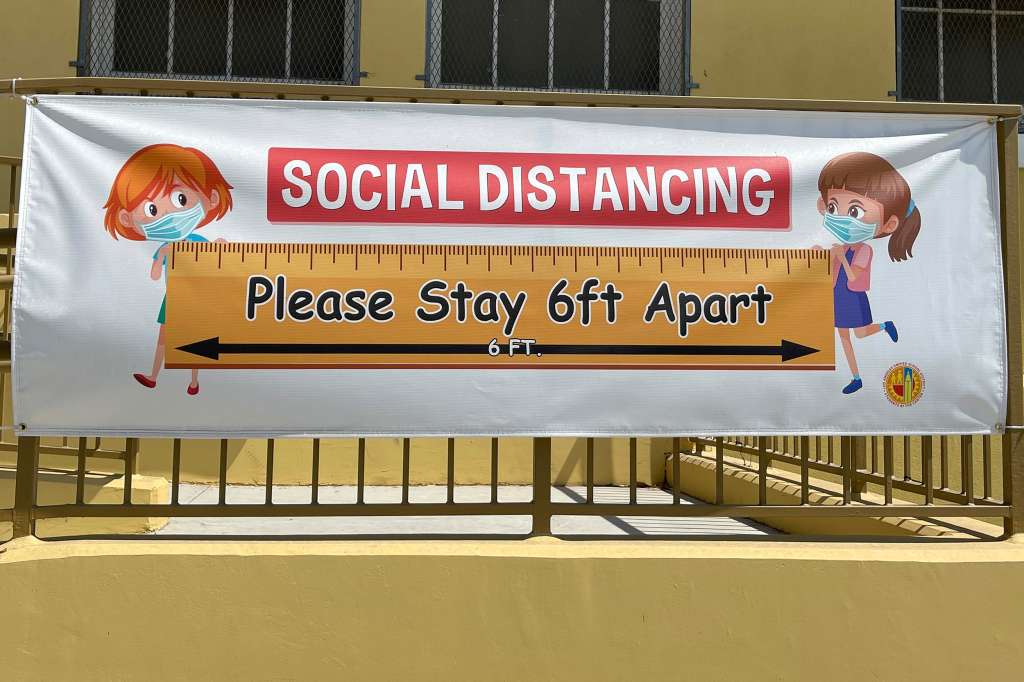 (CNN) — New Covid-19 cases among children are back on the rise after months of declines, just as schools across the United States are gearing up to reopen in a few weeks.

The American Academy of Pediatrics (AAP) said Tuesday more than 23,550 child cases of Covid were reported between July 8 and 15 — nearly double what was being reported in late June. Child age ranges vary by state, according to the group’s most recent report, with more than half of states defining children as anyone 19 or younger, and two states — Utah and Florida — limiting the range to anyone 14 or younger.

The AAP said severe illness remains rare among children, but with Covid-19 cases rising in most of the country once again, experts have warned lagging vaccinations and the ferocious Delta variant could spell trouble for the country’s youngest, many of whom are still ineligible for a vaccine.

“So many people, unvaccinated individuals, are getting Delta that children are getting swept up along with it, and I think this is going to make things very difficult as the school year opens,” Dr. Peter Hotez, dean of the National School of Tropical Medicine at the Baylor College of Medicine, said Tuesday.

The head of the Centers for Disease Control and Prevention on Tuesday also stressed the need to take the virus — and its threat to children — seriously.

“I think we fall into this flawed thinking of saying that only 400 of these 600,000 deaths from Covid-19 have been in children,” CDC Director Dr. Rochelle Walensky said in a Senate Committee on Health, Education, Labor, and Pensions hearing. “Children are not supposed to die. And so, 400 is a huge amount for respiratory season.”

No Covid-19 vaccine has yet been given the green light for Americans younger than 12. And while pharmaceutical companies Pfizer and Moderna are conducting clinical trials, it will likely be months until younger children are able to get a shot.

It’s “very likely” data for Covid-19 vaccines in children younger than 12 may be available by late fall or early winter, Dr. Anthony Fauci, director of the National Institute of Allergy and Infectious Diseases, said in the Tuesday Senate committee hearing.

“But doesn’t mean that then it’s all of a sudden going to be allowed to happen,” he said. “That will be a regulatory decision that the FDA will have to make.”

Late last week, Fauci told CNN’s Jim Acosta he believed a decision from the US Food and Drug Administration “likely will not happen until we get well into the winter, towards the end of this year.”

Pfizer’s data on 5-to-11-year-olds from its vaccine study could come some time in September, and depending on the findings, the company previously told CNN it could ask the FDA for an emergency use authorization that same month.

Data for 2-to-5-year-olds could come soon after, while for babies and toddlers — 6 months to 2 years — Pfizer said it could potentially get data in October or November and ask the FDA to authorize emergency use shortly after that.

Moderna previously declined to provide a timeline to CNN on when it may have trial data results for its child vaccine study.

Many eligible children still not vaccinated

With a significant number of students still not yet allowed to get a vaccine, the AAP released new guidance Monday recommending universal masking in schools for everyone 2 and older, regardless of vaccination status.

The group’s position is stricter than guidance from the CDC, which recommended earlier this month masks should be worn inside by anyone 2 and older who is not fully vaccinated.

But health experts agree the more children who are vaccinated, the safer the return to school will be.

“I think it’s critically important that our schools be open for full in-person learning in the fall,” Walensky said at Tuesday’s hearing. And the “most important thing” Americans can do to help, she said, is get vaccinated.

“The best thing would be to have everybody vaccinated who can be vaccinated,” she added. “Surround unvaccinated children who are not yet eligible with people who are vaccinated to protect them.”

Of roughly 25 million children 12 to 17 years old in the United States, roughly 8.9 million have begun their Covid-19 vaccinations, according to CDC data.

Having to figure out which children are vaccinated and who should be wearing masks “puts a lot of burden” on schools, one expert said, and having mask mandates for everyone — especially as the Delta variant circulates — would be easier as students return to school, one expert told CNN on Tuesday.

“You’re going to have a lot of children less than 12 years of age who don’t even have the option of getting a vaccine,” Dr. Paul Offit, director of the Vaccine Education Center at the Children’s Hospital of Philadelphia, said. “So I think children are at risk. I think if people have children that are 10 years old, 11 years old, they’re thinking, ‘there”s no vaccine, I think my child’s going to be at risk.'”

“If I was the parent of a child that age, I would want all those children to wear masks,” he added.

Despite experts’ recommendations, some states have already enacted legislation prohibiting districts from requiring masks in schools — setting up yet another potential round of clashes between health and local leaders across the country.

Among those states is Arkansas, where Act 977 notes that receiving a Covid-19 vaccine “shall not be a condition of education.”

“What’s already telling me that that’s going to happen are the number of daycare closures that have occurred because of outbreaks occurring, and the camp exposures and closures that are occurring,” Dr. Jose Romero, secretary of health of the Arkansas Health Department, said in a US News and World Report event on vaccine inequity and misinformation. “What I’m trying to do publicly and privately with my own patients is stress the importance of the mask.”

The state has one major children’s hospital that has already seen a “significant number” of children with Covid-19, Romero said, which, coupled with cases of other respiratory viruses, has stretched the facility’s resources.

“In three weeks when we start school, this will exacerbate, and that’s what I’m very, very concerned about,” Romero said.