Children under 10 are using social media. Parents can help them stay safe online 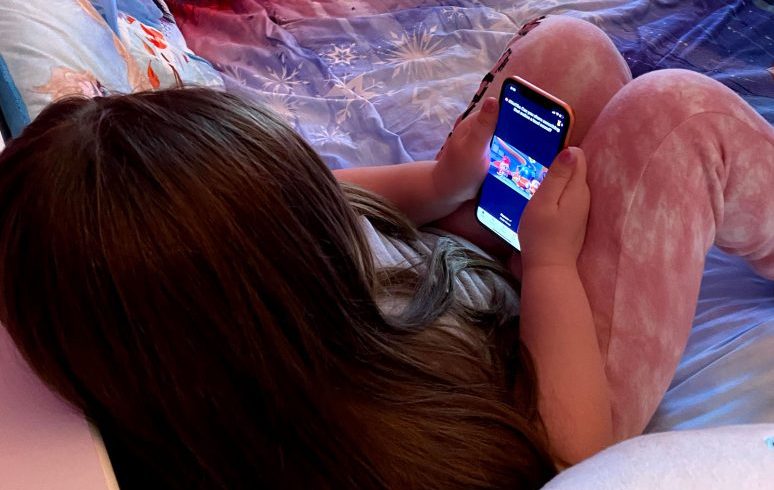 (CNN) — It’s not just your teens who are on social media anymore. Younger kids are getting on those apps, and some parents aren’t confident that their children can stay safe online.

About half of parents of children ages 10 to 12 and 32% of parents of kids ages 7 to 9 reported their child used social media apps in the first six months of this year, according to the new C.S. Mott Children’s Hospital National Poll on Children’s Health published Monday.

“There continues to be debate over how soon is too soon when it comes to using social apps and how parents should oversee it,” said Mott Poll codirector Sarah Clark, a research scientist in pediatrics at the University of Michigan, in a statement. “Our poll looks at how often tweens and younger children use social platforms and how closely parents are monitoring these interactions.”

The findings are “further evidence that children under 13 are eager to use social media platforms, for whatever reasons — entertainment, celebrity, connecting with friends, or being drawn in by the engagement-promoting design common on these sites,” said Dr. Jenny Radesky, an assistant professor of developmental behavioral pediatrics at University of Michigan C.S. Mott Children’s Hospital, via email. Radesky wasn’t involved in the poll.

Many parents also had concerns about their child’s abilities to safely navigate social media apps. Some worried their child might share private information without realizing it, encounter sexual predators, see mature images or videos, or not be able to discern what information was true or false. Nearly 50% of parents with social media-using kids weren’t confident that their child would be able to tell whether another user was an adult or kid, which can be difficult to discern, according to the report.

“Parents are at such an utter state of burnout at this point of the pandemic, so it’s completely reasonable that they feel a sense of overwhelm or futility in trying to keep up with social media platforms that are powered by billions of dollars in revenue and enormous data analytic capacity,” Radesky said.

However, if “parents are allowing younger children to engage in social media, they should take responsibility for making the child’s online environment as safe as possible,” Clark said, no matter how inconvenient. “If parents can’t commit to taking an active role in their child’s social media use, they should have their child wait to use these apps.”

That these children’s social media use could have included child-friendly versions or sections of apps is possible, the authors wrote. Also, some apps made specifically for young kids have tried to limit safety risks by restricting features such as posting photos or using private chats, or by offering usage reports for parents.

For parents considering letting their child use certain social media apps, research them first, Clark advised. “Parents should look into whether the content is curated to allow only youth-friendly programming or whether there is a moderator that weeds out inappropriate content,” she said. “They should also utilize parental blocks or passcodes for certain sites or content.”

Parents can also consult information collected by the creators of the film “Screenagers” and included in the weekly blog by physician Dr. Delaney Ruston, the filmmaker of the movie, Radesky said. The blog is “worth following” to figure out ways to talk to your kids about what can often be thorny and tough to discuss with teens, Radesky added.

Regarding how parents can discuss their social media-related concerns in ways that might resonate with their kids, Radesky suggested “talking about newsworthy topics like the Facebook Files. Kids will want to know when they are being taken advantage of, and it might help spur a conversation about when tech companies are crossing a line.”

Whenever Radesky’s young sons are allowed to have social media accounts, she’ll frequently debrief them about whether the body image content they’re seeing online is inappropriate, exploitative or disturbing, she said.

There are also potential solutions for parents unsure of whether their child can distinguish between an adult and child, or between truth and misinformation. “Encourage children not to respond to direct messages or posts from people they don’t know, even if that person says they are a child,” Radesky said.

And “so much of social media content is aggrandized, filtered, or tweaked in some way to gain more ‘engagement’ in the recommendations feed. Teaching children to have a healthy dose of skepticism when looking at any recommendations feed is crucial right now,” Radesky said. “Children can gain those skills, but they will need support from parents and teachers.”

Education works, the poll found. Parents whose children had been taught by their schools about safe social media use were more confident in their children’s social media-related discernment, according to the poll’s results. This suggests that school-based digital literacy and citizenship curricula might be transferring to home life or sparking more fruitful conversations between parents and kids, Radesky said.

“In my 2016 study interviewing parents from lower-income, suburban, academic, and technology company backgrounds, the latter two groups felt much more empowered to handle these types of complex conversations and rule-setting,” she said.

Below is information for setting up available parental or safety controls on popular social media platforms: