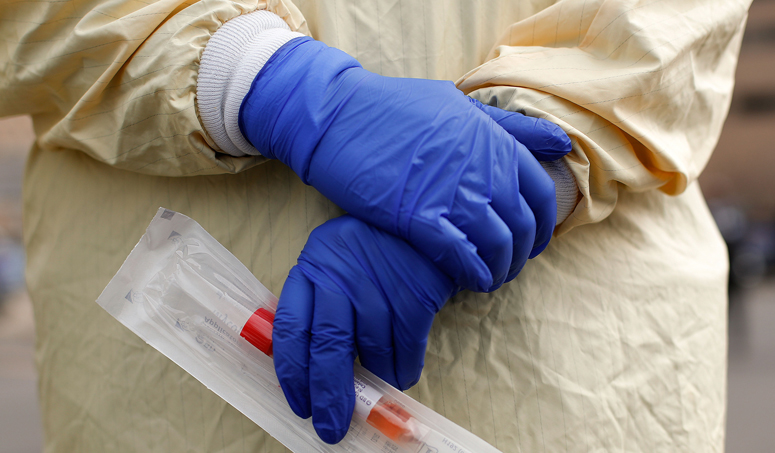 (CNN) — China has rolled out mass coronavirus testing for nearly 5 million people and imposed lockdown measures in the prefecture of Kashgar in the far western region of Xinjiang, after a single asymptomatic coronavirus case was reported on Saturday.

The testing drive has so far identified 137 additional cases — and all are asymptomatic, according to Xinjiang’s regional health commission. This is the highest daily number of asymptomatic Covid-19 cases reported in China in nearly seven months.

As of Sunday afternoon, some 2.8 million people have been tested. The government expects to finish testing all of Kashgar’s 4.7 million population by Tuesday.

The outbreak is Xinjiang’s second since China’s initial wave of coronavirus infections was brought under control in March.

Home to 11 million Uyghurs, a predominantly Muslim ethnic minority, the region has been subjected to a sweeping security and religious crackdown in recent years. The US State Department estimates that up to 2 million Uyghurs and other Muslim minorities could have been detained in internment camps.

During China’s initial outbreak, Xinjiang was subjected to strict lockdown measures on par with those imposed in the city of Wuhan — the original epicenter of the virus, despite having reported only some 70 cases and three deaths.

In July and August, a cluster of fresh cases in the regional capital of Urumqi brought Xinjiang into a prolonged, stringent lockdown of more than 40 days, drawing backlash from residents on social media.

Many complained that the restrictions were too strict and unnecessarily wide in scope — covering cities without any reported cases hundreds of miles away from Urumqi. The lockdown was finally lifted at the end of August, only after no locally transmitted cases had been reported for two weeks.

The first new case in Kashgar — a 17-year-old village girl working in a garment factory — tested positive during a routine screening on Saturday, according to authorities. More than 800 of her fellow workers at the garment factory all tested negative, so did her parents and brother.

All of the 137 additional cases were linked to a factory where her parents worked. Authorities said the girl visited her parents’ factory to dine with them in their dormitory on October 17, but did not explain how she got infected or how infections had broken out in that factory.

Kashgar authorities said on Sunday that all schools in the region would be closed until Friday, while shopping malls and supermarkets would remain open.

A resident in Shufu county, where the latest outbreak occurred, told the state-run Health Times that she was ordered by local officials to get tested for coronavirus and not to leave her home on Saturday morning.

“We had no idea what was happening,” she was quoted as saying. “News (of the new asymptomatic case) was not announced until the evening, so many of us were very nervous throughout the day.”

By Saturday afternoon, word had spread on Chinese social media that the Kashgar airport had been closed. According to Flight Master, a China-based aviation data provider, 33 flights arriving and departing Kashgar were canceled on Saturday, accounting for nearly half of all scheduled flights.

On Sunday, authorities said the airport had resumed operation, but anyone departing Kashgar must present a negative test result for the coronavirus. On Monday, however, Kashgar airport still saw 69 flights canceled, or more than half the total number of flights scheduled, according to Chinese flight tracker VariFlight.

Swift and drastic measures such as mass testing, extensive contact tracing and strict lockdown have defined China’s response to sporadic local outbreaks since it largely contained the coronavirus midway through this year.

But some public health experts have questioned the effectiveness of citywide testing, given that patients are usually identified over a range of time. An infected patient might test negative, then days later test positive — so hidden cases can’t all be caught at once.

“This is just a snapshot, so it definitely will miss a lot of positive individuals,” Dr. Jin Dongyan, a virology professor at the University of Hong Kong, told CNN.

Even the chief epidemiologist at the Chinese Center for Disease Control and Prevention has questioned the necessity of such an exhaustive approach.

“From the scientific perspective of the spread of the infectious disease, there is indeed no need to conduct citywide testing,” Wu Zunyou told the state-run news magazine China Newsweek Saturday.

He advised cities to focus testing on the source of the outbreak and radiate to a certain area around it. “When no more cases can be detected, (the testing drive) can be terminated. There is no need to cover the whole city,” he said.