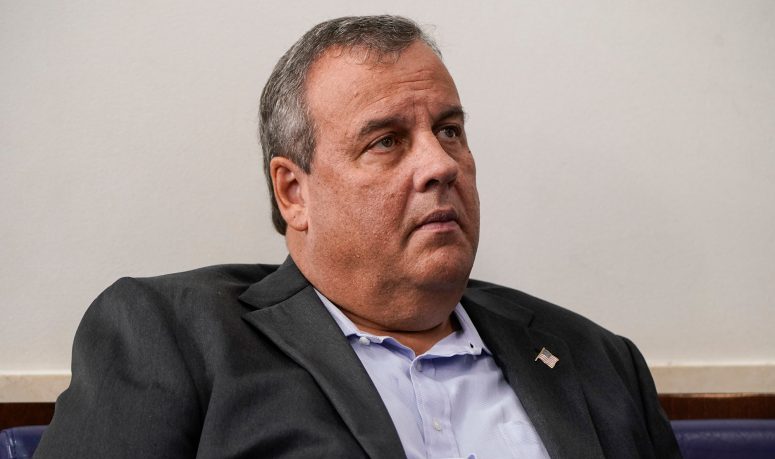 Former New Jersey Gov. Chris Christie said he spent 7 days in an intensive care unit before recovering from Covid-19 in a new statement that details the severity of his case and urges people to take the pandemic seriously. Credit: Joshua Roberts/Getty Images

(CNN) — Former New Jersey Gov. Chris Christie wrote Wednesday that mask wearing is not a “partisan or cultural symbol,” urging Americans to wear one to guard against the coronavirus.

Christie, who was hospitalized and spent seven days in the ICU after contracting coronavirus earlier this month, wrote that while he has been careful to follow guidelines such as social distancing, hand washing and wearing a mask, he let his guard down and left his mask off at the Supreme Court nomination ceremony of Judge Amy Coney Barrett on September 26. He also said he let his guard down during debate prep with President Donald Trump, where he said earlier this month that “no one was wearing masks.”

“I mistook the bubble of security around the President for a viral safe zone. I was wrong. There is no safe zone from this virus,” Christie, a Republican, wrote in a Wall Street Journal op-ed titled “I Should Have Worn a Mask.”

Christie also wrote that the message to wear masks will only be heeded if it is “consistently and honestly delivered by the media, religious leaders, sports figures and public servants” and added that those in positions of authority “have a duty to get the message out.” But he did not mention the President, who was also hospitalized with coronavirus and continues to disregard guidance from health officials by holding campaign rallies and repeatedly mocking people for wearing masks.

“One of the worst aspects of America’s divided politics is the polarization of something as practical as a mask,” he wrote. “It’s not a partisan or cultural symbol, not a sign of weakness or virtue. It’s simply a good method — not a perfect one, but a proven one — to contain a cough or prevent the virus from getting in your mouth or nose.”

He has previously expressed regret for not wearing a mask and reiterated his message on Wednesday: “Wear it or you may regret it — as I did.”

Christie, who is asthmatic and overweight, wrote that he knew he faced “heightened risk” and it was “a serious failure” for him to be maskless at the White House.

“I paid for it, and I hope Americans can learn from my experience,” he said. “I am lucky to be alive. It could easily have been otherwise.”

Both indoors and out, participants at the September 26 Rose Garden event were observed without masks and not practicing recommended social distancing measures. At least 12 attendees tested positive after attending the ceremony that is now believed to have been a superspreader event.