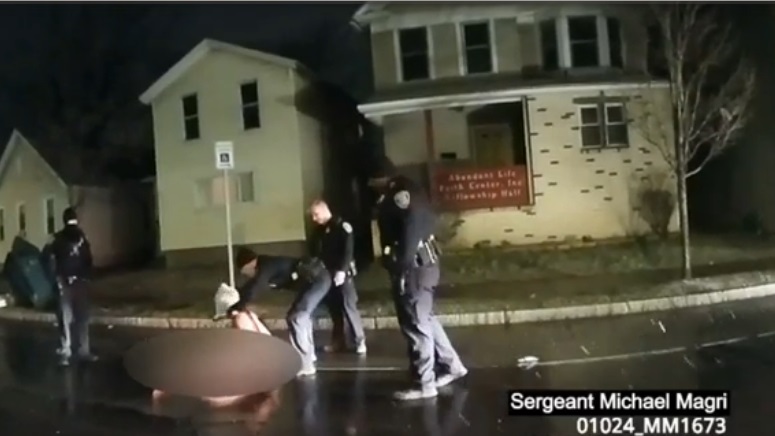 A class-action lawsuit filed Monday accuses Rochester officials of allowing a culture of police brutality against racial minorities to fester and asks a court to force reforms.

The civil rights lawsuit was filed on behalf of potentially “hundreds, if not thousands” of people it claims have been victimized by officers over the last three years, including while protesting last year in the wake of the revelation of the death of Daniel Prude, a Black man who lost consciousness and died after being pinned, naked, to the street by officers responding to a mental health call.

It describes a pattern of “deliberate indifference” by officials going back more than 40 years.

“The city needs to stop aiding in the discrimination, murder and abuse of Black and brown folks. There has been enough talk about reform, the time to take action is now,” said plaintiff Winona Miller, 52, who said she was tightly handcuffed and kneed in the stomach while being arrested during a peaceful protest in front of City Hall in September. Charges of disorderly conduct were dismissed the following month.

The 96-page lawsuit names Mayor Lovely Warren and former Police Chief La’Ron Singletary, who was fired in the fallout from Prude’s death. Other defendants include the city of Rochester, Monroe County and various unidentified police officers, sheriff’s deputies and New York state troopers.

“Defendants agreed among themselves and with other individuals to act in concert in order to deprive plaintiffs of their constitutional rights, including but not limited to their right to be free from excessive force, their right to equal protection of the law, and their right to free speech,” according to the filing in U.S. District Court in Rochester.

A police reform plan recently approved by the City Council as part of a statewide mandate lacks substance, according to the plaintiffs, and ignored proposals from the Police Accountability Board, a citizen board empowered to investigate misconduct.

The lawsuit requests the appointment of an independent monitor to reform city policing policies.

“This lawsuit is our way to demand a seat at the table and to force real change within the city and RPD,” said plaintiff Stanley Martin, a City Council candidate and organizer with activist group Free the People ROC, one of two groups — along with National Lawyers Guild Rochester — listed as plaintiffs.

The city, county and police department did not immediately responded to emailed requests for comment.

“The city, in keeping with its long history, responded with the use of extreme violence and militarized police tactics — including deploying batons, tear gas, flash-bang grenades, armored vehicles, and police dogs — to intimidate the protesters,” according to the filing. “Over the course of just three days Rochester Police Department officers severely injured hundreds of protesters.”

The plaintiffs, represented by five law firms, ask the court to prohibit officers from using excessive force and racially biased policing and to end the suppression of peaceful protests.