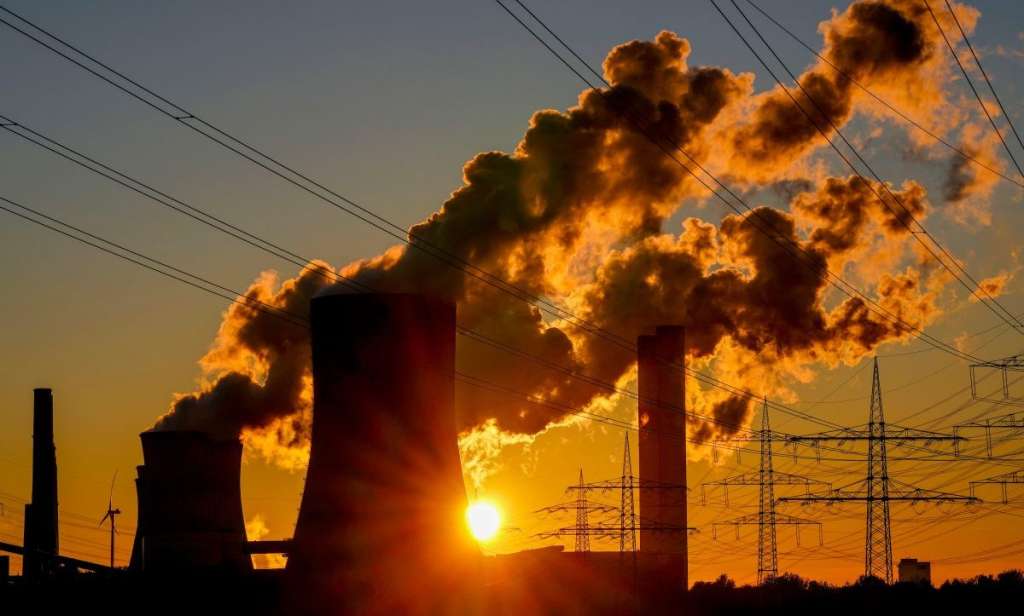 GLASGOW, Scotland (AP) — Negotiators at the this year’s U.N. climate talks pored over fresh proposals Saturday for sealing a deal that could credibly be said to advance worldwide efforts to tackle global warming.

A proposal for the overarching decision retains contentious language calling on countries to accelerate “efforts towards the phase-out of unabated coal power and inefficient fossil fuel subsidies.”

But in a new addition, the text says nations will recognize “the need for support towards a just transition” — a reference to calls from those working in the fossil fuel industry for financial support as they wind down jobs and businesses.

Alok Sharma, the British official chairing the talks, said he hoped countries would clinch an ambitious agreement in Glasgow.

“I hope the colleagues will rise to the occasion,” Sharma told The Associated Press as he walked into the conference venue.

Some advocacy groups said the current proposals were not strong enough.

“Here in Glasgow, the world’s poorest countries are in danger of being lost from view, but the next few hours can and must change the course we are on,” Oxfam senior policy adviser Tracy Carty said. “What’s on the table is still not good enough.”

But the possibility of having fossil fuels explicitly mentioned for the first time in a decision coming out of the U.N.’s annual Conference of the Parties meeting, or COP, was well-received by some environmentalists.

“It’s weaker and compromised, but we see it as a bridgehead, a bit of a breakthrough,” Greenpeace Executive Director Jennifer Morgan said.

“We will have to fight like hell to keep it in there and have it strengthened in the coming hours,” Morgan said, adding that there were “a clutch of countries really seeking to strike that line from the deal.”

Divisions remained on the issue of financial support sought by poor countries for the disastrous impacts of climate change they will increasingly suffer in future — the United States and European Union, two of the world’s biggest historic emitters, continued to have deep reservations.

Mohammed Quamrul Chowdhury of Bangladesh, a lead negotiator for less-developed countries, ticked off the ways that vague wording in the latest draft fell short of committing wealthier countries to putting new money on the table for countries struggling with climate damage.

“There is a lot of frustration,” he told AP.

“This package is very hard to explain for those already suffering the consequences at the front lines of the rising risks, or to anyone aware of the scientific evidence of what is coming our way unless we act faster,” said University of Twente climate scientist Maarten van Aalst, who is also director of the Climate Centre of the International Red Cross and Red Crescent Societies.

In another proposal, countries are “encouraged” to submit new targets for emissions reduction for 2035 by 2025, and for 2040 by 2030, establishing a five-year cycle. Previously, developing countries were expected to do so only every 10 years. Developed countries are also being asked to submit a short-term update next year.

The proposed agreement states that in order to achieve the 2015 Paris accord’s ambitious goal of capping global warming at 1.5 degrees Celsius (2.7 Fahrenheit) by the end of the century compared with pre-industrial times, countries will need to make “rapid, deep and sustained reductions in global greenhouse gas emissions, including reducing global carbon dioxide emissions by 45% by 2030 relative to the 2010 level and to net zero around mid-century, as well as deep reductions in other greenhouse gases.”

Scientists say the world is not on track to meet that goal yet, but various pledges made before and during the two-week talks, which are now in overtime, have brought them closer.

The latest draft agreement expresses “alarm and utmost concern that human activities have caused around 1.1C (2F) of global warming to date and that impacts are already being felt in every region.”

The sticky issue of carbon markets, known as Article 6 rules, also saw progress that had eluded previous talks going back to 2015. The idea is to unleash the power of trading carbon reduction measures, with poorer nations getting money, often from private companies, for measures that reduce carbon in the air.

It provides “strong” provisions to prevent double counting of offsets — a longtime point of contention — and allows about 100 million tons of carbon credits to be carried over from previous years and agreements, Environmental Defense Fund Vice President Kelly Kizzier, a former European Union negotiator and expert on carbon market negotiations, called the provisions a “good result.”

Next year’s talks are scheduled to take place in the Egyptian Red Sea resort of Sharm el-Sheikh. Dubai will host the meeting in 2023.