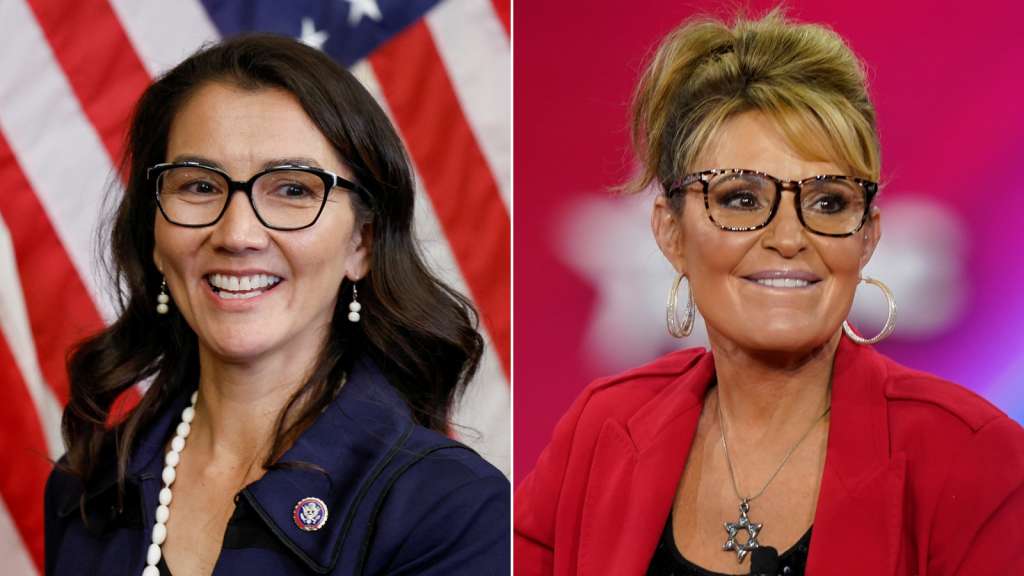 (CNN) — Alaska Rep. Mary Peltola, the Democrat who won a special election that sent her to Congress this summer, will once again thwart former Gov. Sarah Palin‘s bid for a political comeback. CNN projected Wednesday that Peltola will win the race for Alaska’s at-large House seat after the state’s ranked choice voting tabulation, defeating Palin and Republican Nick Begich III.

In Alaska, voters in 2020 approved a switch to a ranked choice voting system. It is in place in 2022 for the first time.

Under the new system, Alaska holds open primaries and voters cast ballots for one candidate of any party, and the top four finishers advance. In the general election, voters rank those four candidates, from their first choice to their fourth choice.

If no candidate tops 50% of the first choice votes, the state then tabulates ranked choice results — dropping the last-place finisher and shifting those votes to voters’ second choices. If, after one round of tabulation, there is still no winner, the third-place finisher is dropped and the same vote-shifting process takes place.

Peltola first won the House seat when a similar scenario played out in the August special election to fill the remaining months of the term of the late Rep. Don Young, a Republican who died in March after representing Alaska in the House for 49 years.

Offering herself as a supporter of abortion rights and a salmon fishing advocate, Peltola emerged as the victor in the August special election after receiving just 40% of the first-place votes. This time, she has a larger share, while Palin’s and Begich’s support has shrunk.

The House race has showcased the unusual alliances in Alaska politics. Though Peltola is a Democrat, she is also close with Palin — whose tenure as governor overlapped with Peltola’s time as a state lawmaker in Juneau. The two have warmly praised each other. Palin has criticized the ranked choice voting system. But she never took aim at Peltola in personal terms.

The Republicans in the race, Palin and Begich, both urged voters to “rank the red” and list the two GOP contenders first and second.

But Peltola had quickly won over many in the state after her special election victory — in part because she has deep relationships with a number of Republicans.

Peltola told CNN in an interview that she and Palin had bonded in Juneau over being new mothers, and that Palin’s family had given Peltola’s family its backyard trampoline when Palin resigned from the governor’s office.

“Doggone it, I never have anything to gripe about. I just wish she’d convert on over to the other party. But other than that, love her,” Palin said of Peltola.

Peltola’s family was also close to the family of the late Young. Peltola’s father and Young had taught school together decades ago and were hunting buddies, Peltola said in an interview.

In the race for Alaska’s Senate seat, Murkowski, a moderate Republican, was targeted by former President Donald Trump after she voted to convict him during his impeachment trial in the wake of the January 6, 2021, attack on the US Capitol. Murkowski also broke with Trump on a number of key votes during his presidency.

Trump endorsed Tshibaka, and a cadre of former Trump campaign officials worked on her campaign. She was also endorsed by the Alaska Republican Party, which opted to back the more conservative candidate in a state Trump won by 10 percentage points in 2020.

But Murkowski had built a broad coalition in a state where political alliances are often more complicated than they appear. She and Peltola, had publicly said they would rank each other first in their elections.

Chesbro, the Democrat, was among the four candidates who had advanced to the general election. Republican Buzz Kelley also advanced, but dropped out and urged his supporters to vote for Tshibaka.