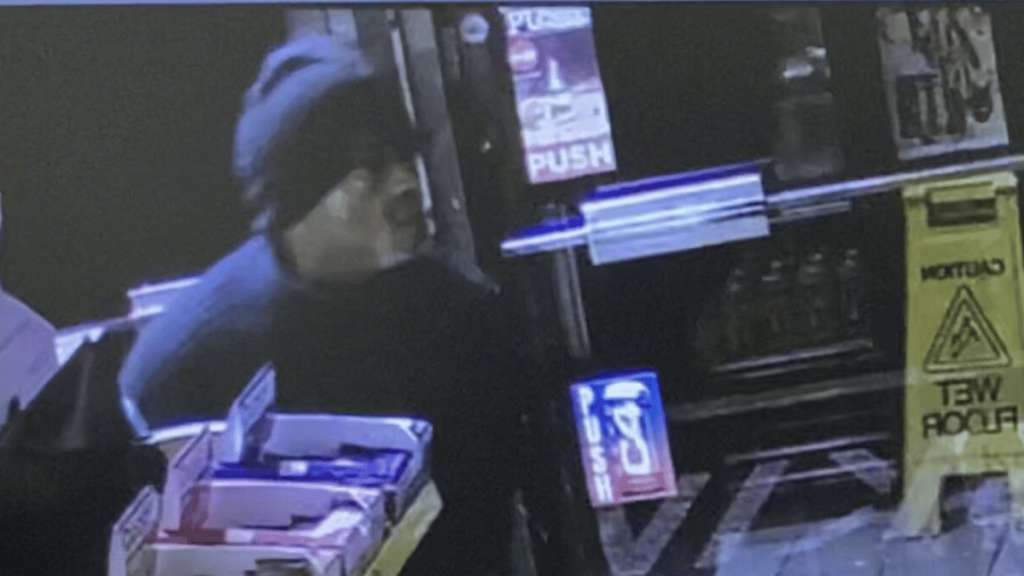 CONCORD, MASS. (WHDH) - The Concord Police Department is seeking the public’s help to identify a suspect in connection with a break-in at a combination Exxon/Dunkin’.

Just before 11 p.m. Thursday, Concord Police responded to the Concord Turnpike business for a report that someone had broken into the store.

Upon arrival, police noted that the glass had been shattered but were unable to locate any suspect in a search of the immediate area.

A later investigation determined that the suspect attempted to take the cash drawer but fled when he couldn’t grab it. He is described as 5’9″ to 5’11”, weighing about 160 to 180 lbs., and may have a goatee. He was wearing a knit hat and dark clothing at the time of the incident.