Connecticut trooper to be arraigned in death of Mubarak Soulemane 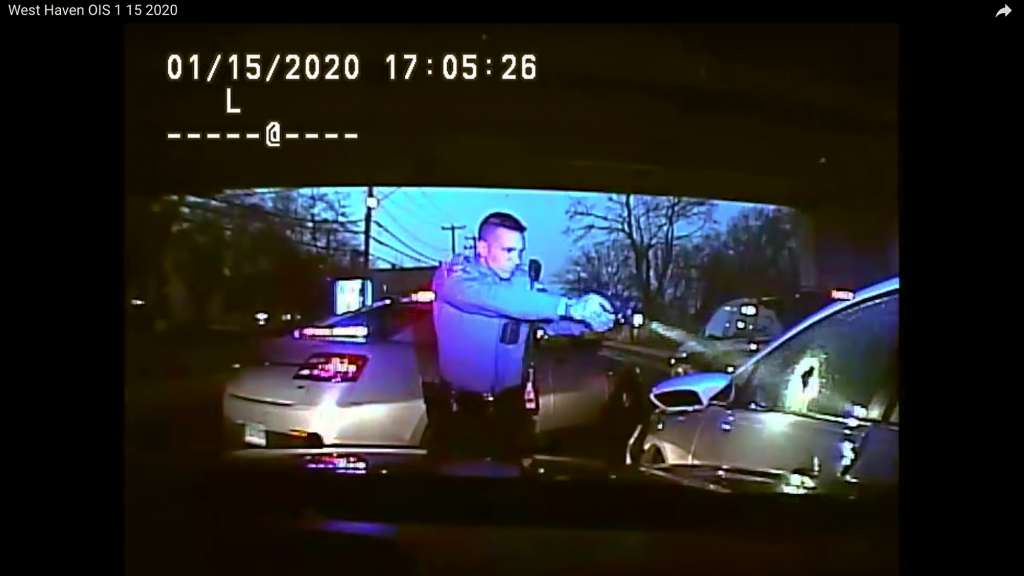 This Jan. 15, 2020, still image from dashboard camera video released by the Connecticut State Police shows Trooper Brian North, left, after he discharged his weapon beside vehicle stopped in West Haven, Conn. North fatally shot Mubarak Soulemane following a high-speed chase along Interstate 95 after Soulemane,19, had carjacked the vehicle in Norwalk, Conn. Clergy and relatives of Soulemane have called for the trooper be sent home on suspension and are asking for more de-escalation training. (Connecticut State Police via AP)

A Connecticut state trooper who fatally shot a man following a high-speed chase in 2020 is expected to be arraigned Tuesday on a manslaughter charge.

Mubarak Soulemane, a Black 19-year-old, had a knife but was boxed in by police and unable to drive away.

Trooper Brian North, who is white, was arrested last month after state Inspector General Robert Devlin found the shooting was not justified. The Connecticut State Police Union plans a march and rally in support of North outside the Milford courthouse on Tuesday morning.

North fired seven gunshots into the driver’s door window of a stolen car Soulemane was in, after a chase Jan. 15, 2020, that ended in West Haven.

A timeline of the events included in Devlin’s report says North began firing about 43 seconds after Soulemane crashed and officers boxed him in. Before the shooting, police body cam videos show a West Haven officer smashing out the passenger door window of the stolen car and another trooper shooting Soulemane with a stun gun, which didn’t work.

The chase, which reached speeds of up to 100 mph (161 kph) on Interstate 95, had begun nearly 30 miles away in Norwalk after Soulemane tried unsuccessfully to steal a cellphone at a store and stole a Lyft driver’s vehicle, police said.

Soulemane’s family said that he had schizophrenia and that his mental health appeared to be deteriorating in the days before the shooting.

The state police union has criticized Devlin’s findings, saying in a statement that North was forced to make a “split-second decision during these dangerous and rapidly evolving circumstances.”

“We believe Trooper North acted objectively reasonable during this violent encounter and we believe a jury will find reasonable doubt and acquit him of these serious charges,” the union said.

North and his lawyer, Jeffrey Ment, have not returned messages seeking comment. North is on paid administrative leave and his police powers are suspended pending the outcome of the criminal case.

North is the third Connecticut police officer to be arrested for fatal shootings dating back to 1998.