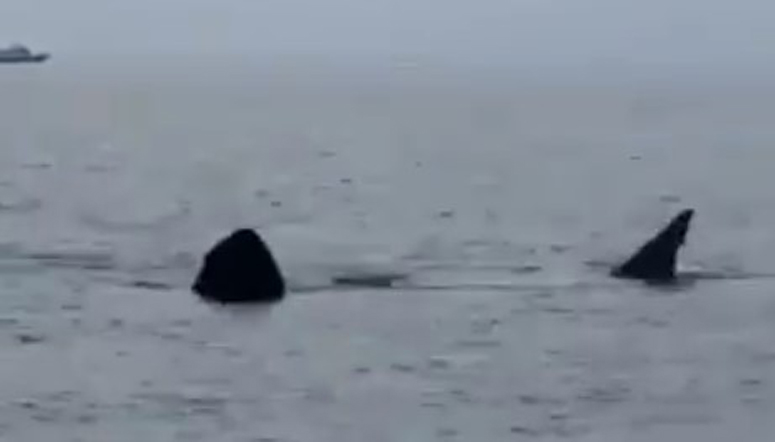 The Atlantic White Shark Conservancy on Thursday shared video of the first basking shark sighting of the season in the water off Cape Cod.

We had our first basking shark sighting off Herring Cove this season! Basking shark video credit: Craig Marcotte
Basking shark fins are often mistaken for a white shark. How can you tell the difference? Check out this video by @MA_Sharks – https://t.co/eod3QYWqWb pic.twitter.com/nUA6XGBKYz

The conservancy noted that basking shark fins are often mistaken for a white shark.

The basking shark is the second-largest living shark and fish after the whale shark and its one of three plankton-eating shark species, according to Oceana.org.