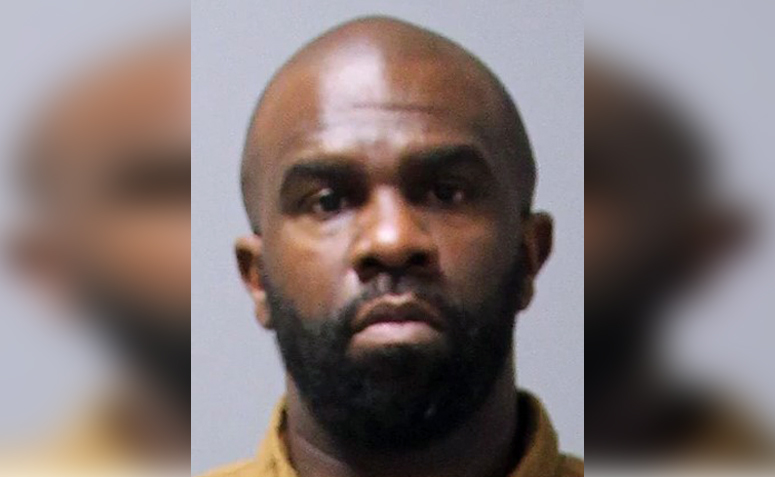 (WHDH) — A correctional officer is facing criminal charges after state police say he sexually assaulted a 21-year-old woman in front of another inmate at a prison in Connecticut.

Wesley Applegate, 38, of New London, was arrested Monday on a warrant and charged with second-degree sexual assault, according to Connecticut State Police.

Authorities launched an investigation into Applegate in November 2020 after an inmate at the Janet S. York Correctional Institution in East Lyme reported that she had witnessed Applegate having sexual intercourse with the victim, a copy of the arrest warrant indicated.

On Nov. 15, the witness told investigators that she was cooking macaroni and cheese in the library near her unit when she walked to the officer’s mess hall to get tray and spotted Applegate having sex with the woman.

The witness subsequently reported the incident because she “feared the victim may have been being raped,” according to the warrant.

The alleged victim initially denied the witness’ report, but later told investigators that she did indeed have sex with Applegate after entering the mess hall to perform her assigned cleaning duties, stating that it “didn’t feel forced.”

In a second interview with the victim, investigators learned that two had kissed a “bunch of times,” in addition to having sexual contact “five or six times” prior to the November incident.

During a meeting with state police in February, Applegate denied having sex with the inmate.

Applegate had been employed as a correctional officer with the Department of Corrections since 2008.

Applegate is currently being held on a $50,000 bond. He is due in court on Thursday.