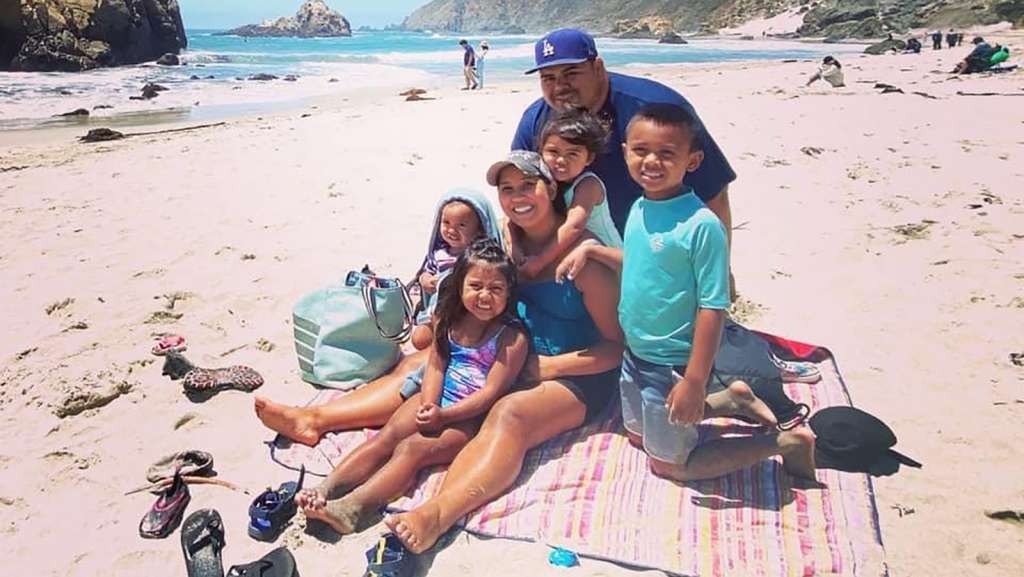 Daniel and Davy Macias with their four children. A fifth, a girl, was born after both parents were hospitalized for Covid-19. From Gofundme

They wiped down surfaces, showered after work and even had their groceries delivered, but that didn’t stop them from contracting the virus.

Davy Macias, a Southern California labor and delivery nurse, was seven months pregnant with her fifth child in early August when she was hospitalized with Covid-19. Daniel Macias also contracted the virus.

Doctors helped Davy Macias, 37, deliver the newborn early by Cesarean section while she was intubated, but she died before she could meet her baby.

Daniel Macias, 38, was being treated in the same hospital when he learned about the birth of his daughter. Nurses showed him photos of the baby, before he too died from complications of the virus less than two weeks later, leaving the newborn girl without parents or a name.

When the hospital called asking for the baby’s name, Terry Macias, the grandmother who is now caring for the five children, told them: “I’ll wait for my son to name her.”

She has yet to be named. For now, like the hospital did, the family calls her Baby Girl.

The couple was unvaccinated and died on August 26 and September 9, respectively, leaving behind children ranging in age from 3 weeks to 8 years old, Macias told CNN on Monday.

“It wasn’t that they didn’t want to be vaccinated — they planned on it,” she said. She was adamant that this was a personal choice and each wanted to learn more about its safety prior to being inoculated.

A former kindergarten teacher who recently retired, Terry Macias believes her son and daughter-in-law contracted the coronavirus after a recent family trip to an indoor water park as a last hurrah before returning to school.

Upon learning about their death, Macias was responsible for telling her grandchildren. The 8-year-old boy and 5-year-old girl understood their parents were gone, Macias said, but she’s not sure they understand their parents are never coming home.

The couple’s 3-year-old daughter woke up Thursday and told Macias she had a dream her father was coming home from the hospital, but learned later that her father had died.

The toddler broke down in tears when she learned the news, reminding her grandmother of her dream.

Couple sold their home before the pandemic

Davy and Daniel Macias sold their house just before the pandemic shuttered normal life, and the family was living with Daniel Macias’ parents.

Terry Macias described her daughter-in-law as artistic and creative. She loved to keep the children occupied with crafts and activities, often inviting the neighborhood kids to join them outside.

Her son, a middle school math teacher, was someone she called “the perfect one.” Macias said he always had a smile on his face and was liked by everyone, as evidenced by the outpouring of support, specifically from his school community.

“In my heart, I always knew he was the perfect boy. Seeing others felt the same way feels like validation,” she said. “They loved their kids more than anything.”

The family remains shocked at the sudden loss of Davy and Daniel Macias.

“We didn’t see it coming,” Terry Macias said tearfully. “Covid doesn’t discriminate. It’s the luck of the draw and it could happen to anybody.”