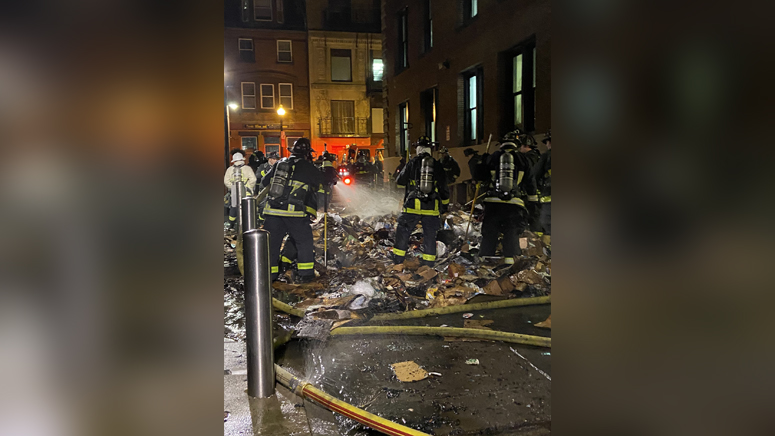 A Republic Services trash dump truck driver was forced to dump his load in an alleyway after he reported smelling fire from inside the compactor, according to a post on the fire department’s Twitter page.

Crews were able to quickly contain the flames.

No buildings were damaged or injuries reported.

It is unclear when the scene will be cleared of garbage.

Companies busy in downtown at second fire of the evening. A Republic Svs trash dump truck had to dump his load in alleyway after smelling fire from his compactor. Fire companies were quickly able to put out trash before flames made it into the high rise buildings on either side. pic.twitter.com/7RSMkSJMUz