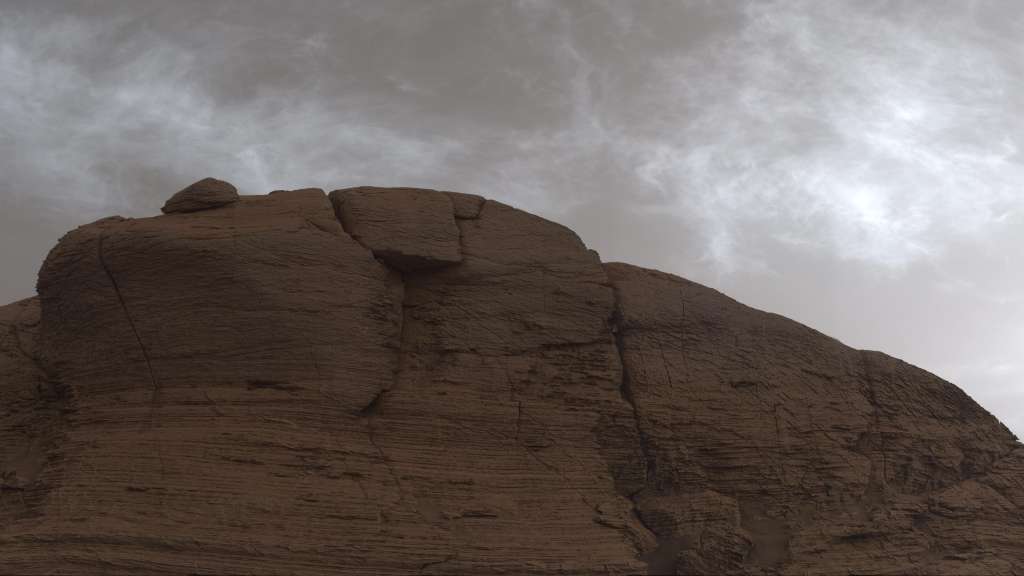 (CNN) — The Curiosity rover has witnessed a colorful marvel on Mars: Shining clouds.

Color is rare in this frozen desert, apart from the predominant red. But in the skies above Curiosity, the clouds appear to almost sparkle with color.

Unlike Earth, Mars doesn’t have many overcast, cloudy days. The red planet has a thin, dry atmosphere, so clouds tend to appear in the skies over the Martian equator when the planet is cold and farthest from the sun in its oval-shaped orbit every two Earth years .

That changed two Earth years, or one Martian year, ago when Curiosity spotted clouds that arrived earlier and formed higher in the atmosphere than expected.

Preparing for this event in case it happened again, Curiosity’s human team on Earth sent instructions to the rover to look for early clouds in late January.

Curiosity’s camera captured the wispy clouds, which are filled with ice crystals. These ice crystals appear to shimmer because they scatter sunlight. In addition to being a dazzling sight, these images are helping scientists understand more about Martian cloud formation.

These clouds that arrive earlier form at a higher, colder altitude, so they’re essentially made of dry ice (frozen carbon dioxide). Scientists are still studying them to figure out why this happens.

Images taken in March by the rover’s navigation cameras, which capture photos in black and white, show off the ripples in the clouds. But color images taken by the camera on the rover’s mast after sunset reveal shiny, glowing clouds.

As the sun sets, these high clouds grow almost incandescent, filling with ice crystals and reflecting the fading sunlight. Then they darken as the sunlight disappears.

“If you see a cloud with a shimmery pastel set of colors in it, that’s because the cloud particles are all nearly identical in size,” said Mark Lemmon, an atmospheric scientist with the Space Science Institute in Boulder, Colorado, in a statement. “That’s usually happening just after the clouds have formed and have all grown at the same rate.

“I always marvel at the colors that show up: reds and greens and blues and purples,” Lemmon said. “It’s really cool to see something shining with lots of color on Mars.”