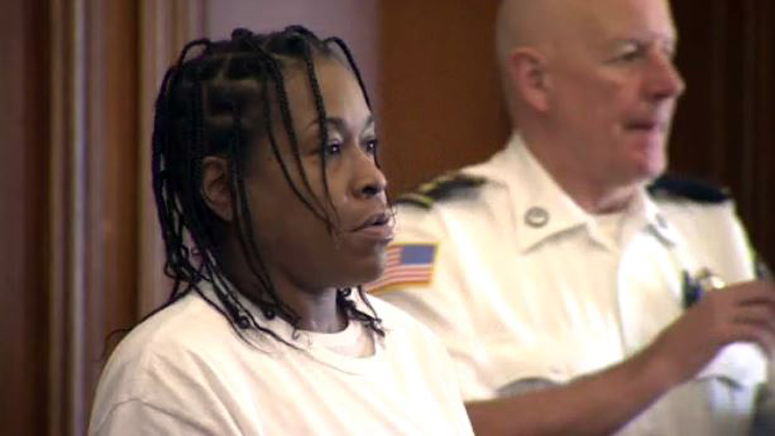 DEDHAM, MASS. (WHDH) - A mistrial was declared Monday in the trial of a woman accused of brutally killing an 81-year-old Needham woman after the suspect’s defense attorney was struck and seriously injured by a car over the weekend, an official said.

Norfolk County Superior Court Judge Thomas Connors declared the mistrial in the state’s case against Tammie Galloway after defense counsel Elliot R. Levine informed the court that he was seriously hurt in a pedestrian crash, according to David Traub, a spokesman for the Norfolk District Attorney’s Office.

In 2017, Galloway was arrested and charged in connection with the murder of 81-year-old Laura Shifrina.

Galloway, a neighbor of Shifrina, is also accused of stealing the victim’s car and other valuables after the murder. Police spent hours looking for the missing Ford Fiesta, which was later discovered ditched and bleached in Boston.

The 16 jurors selected to preside over the trial, which was set to enter its second day, have been dismissed.

A new trial is slated to start on May 12.

Galloway is being held without bail.