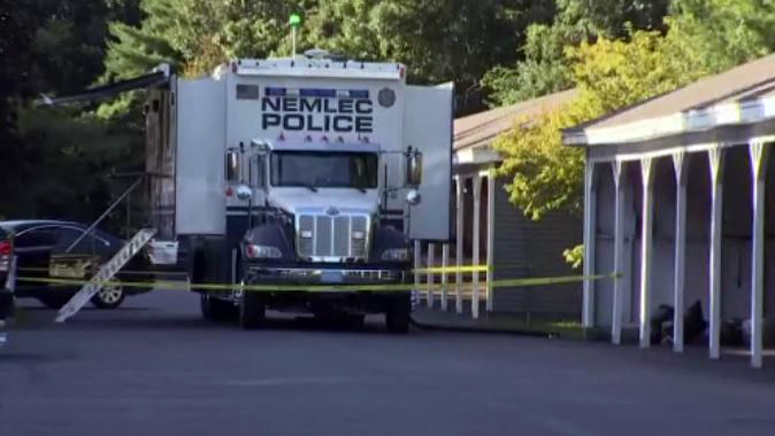 TEWKSBURY, MASS. (WHDH) - A Tewksbury man has been indicted on a murder charge in connection with the brutal beating death of his girlfriend in September, authorities announced Friday.

Griffin was also indicted on an additional count of domestic assault and battery and intimidation of a witness in connection with a previous assault on Kalicki in March.

State police detectives responding to a report of a suspicious death that occurred in an apartment complex on Archstone Avenue on Sept. 15 found Kalicki unresponsive in bed, officials said. She had sustained significant injuries consistent with a physical assault and was pronounced dead at the scene.

Griffin was arrested later in the day and charged with assault and battery on a household or family member.

During a monthslong grand jury investigation into Kalicki’s death, authorities learned of an incident on March 16 in which Griffin allegedly attacked Kalicki. That case was later dismissed when Kalicki asserted her Fifth Amendment privilege.

Additional evidence that later came to light reportedly indicated an escalation in violence between the couple and that Griffin had convinced Kalicki to assert her privilege.

Griffin, who is being held without bail, is slated to be arraigned in Middlesex Superior Court on Jan. 7.