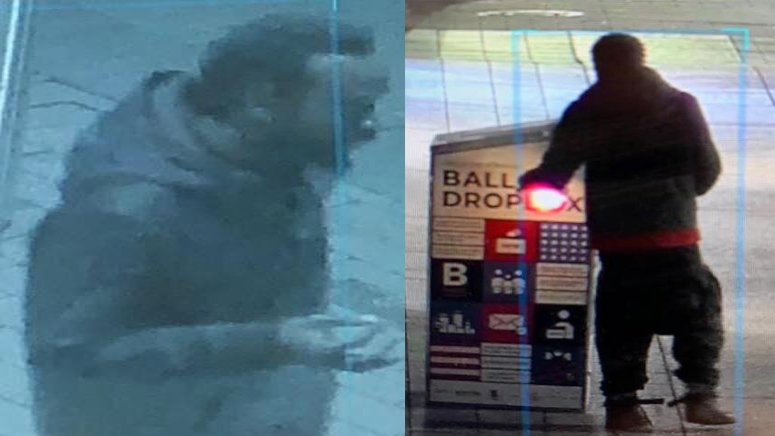 BOSTON (WHDH) - A Boston man accused of setting fire to a ballot drop box in Back Bay has been ordered held without bail pending the outcome of a dangerousness hearing on Friday, officials said.

Worldy Armand, 39, appeared in Boston Municipal Court Monday afternoon, where Judge Mark Hart Summerville denied the Commonwealth’s request that Armand’s counsel be allowed to ask for a mental health evaluation for their client, according to the Suffolk District Attorney’s Office.

Later in the afternoon, a court clinician attempted to speak with Armand to conduct a competency test but he allegedly refused to talk.

The clinician reported this to the court and Summerville declined to send Armand to Bridgewater State Hospital for a further evaluation, the DA’s office said.

Summerville additionally allowed a motion by prosecutors to revoke Armand’s bail for 60 days in an open case out of Malden District Court, where he is charged with a similar arson crime, the DA’s office added.

Emergency crews responding to the area of 700 Boylston St. shortly after 4 a.m. Sunday found smoke coming from a ballot box.

Armand allegedly set fire to a drop box containing more than 100 ballots outside the Boston Public Library around 4 a.m. Sunday.

Officers called to the scene saw smoke coming out of the box before firefighters managed to extinguish the fire by filling the box with water.

Around 10:50 p.m. Sunday, officers assigned to the Drug Control Unit were patrolling the Copley Square area when they saw Armand, who police say matched the description of the ballot drop box suspect.

They learned that Armand reportedly had an active straight warrant out of Ipswich District Court for receiving stolen property.

He was taken into custody and members of the Fire Investigation Unit identified him as the suspect of the burned ballot drop box incident, police said.

Out of the 122 ballots inside the burned drop box, 87 were still legible and able to be processed, Secretary of the Commonwealth William Galvin’s office said. The box had last been emptied around 2:30 p.m. on Saturday.

“Although this individual appears to be emotionally disturbed without a deliberate or specific intent to intimidate or interfere with the voting process, the ability to vote without interference is central to our democracy,” Suffolk District Attorney Rachael Rollins said. “No matter the intent of Armand when he set fire to these ballots, his actions strike a nerve in our society at a time of nearly unprecedented political divisiveness. The destruction of ballots is simply unacceptable.”

She added that any voter concerned that their ballot may have been damaged or destroyed in the incident should contact the City of Boston Election Department at 617-635-8683 or election@boston.gov.