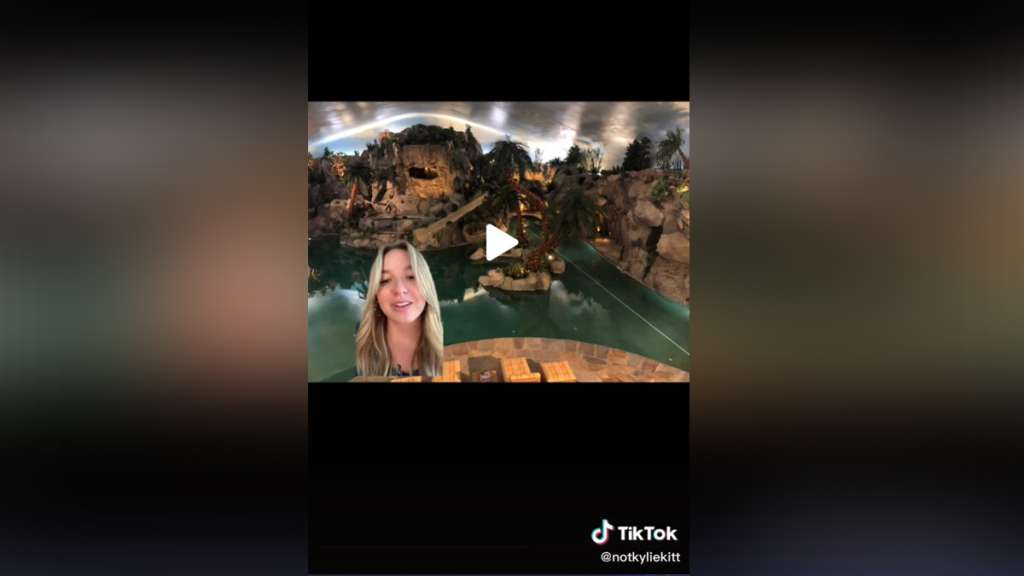 LEVERETT, MASS. (WHDH) - The daughter of the late Yankee Candle founder Michael Kittredge is giving fellow TikTokkers a window into her life growing up in the family’s 120,000 square-foot, eight-structure Leverett estate, which recently went on the market for a cool $23 million.

Kylie Kittredge posted the viral video on the social media platform, where she revealed that she only used the home’s bowling alley “once in a blue moon,” with friends or her parents and sister.

She also shared that golf carts were “the main mode of transportation” on the 60-acre property, and she was able to drive one by herself at the age of 5. She and her sister would often make “mobile lemonade stands” with the carts, and distribute the beverage to the staff working there, including landscapers, housekeepers and property managers.

The property was so large, she said, that it had a paging system to allow people to communicate across it.

Kittredge said that Christmas was important to her family, and every year, they brought in a Christmas tree that could fit inside their three-story great room. They also hosted a 350-guest holiday party complete with a dance floor. One year, they invited Hall & Oates to perform.

The house also has a massive indoor pool adorned with palm trees, rocky cliffs and a water slide.

“We had some really fun birthday parties in here,” she said, including one where everyone had to dress as a “Little Mermaid” character.

She said her dad was an avid car collector, and when her dad would drive her to school, he would let her pick the car they took. She said she would usually choose a quieter car because the loud engines embarrassed her as a kid.

In a follow-up video, she shared that the most popular question was what the house smelled like. She said that the family didn’t constantly burn Yankee Candle goods at home, except for an occasional singular candle of a popular scent at in the kitchen. They also often burned unscented candles at the dinner table.

“There are a lot of happy memories attached to this place,” she said.