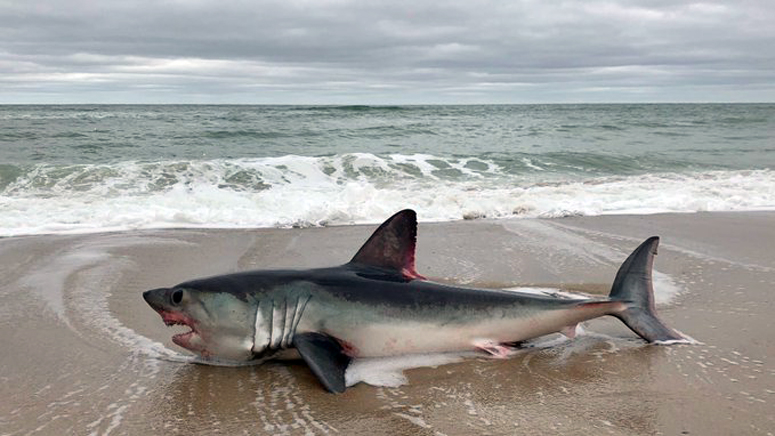 The shark’s cause of death was not immediately known.

The porbeagle is a species of mackerel shark that mainly live in the cold and temperate marine waters of the North Atlantic and Southern Hemisphere.