DeBrusk stays in Boston — perhaps for two more seasons, too 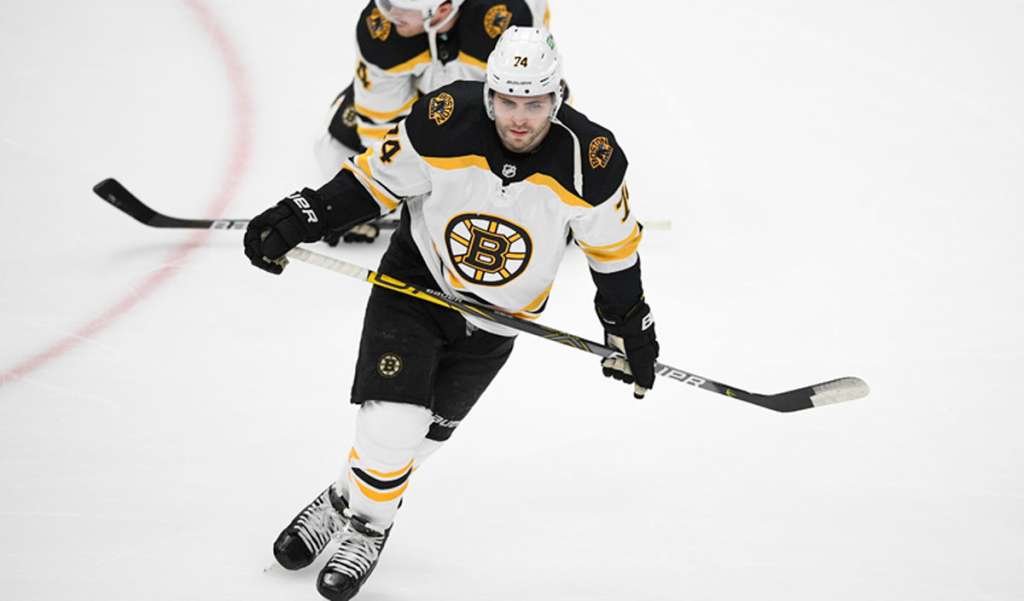 BOSTON (AP) — Boston Bruins forward Jake DeBrusk agreed a two-year, $8 million contract extension on Monday, hours before the NHL trade deadline, an abrupt change in direction for a player who had requested a trade and been shopped around for months.

General manager Don Sweeney said conversations about DeBrusk continued with teams until the 3 p.m. deadline, but having him signed for two more years gave the team more options and sends a signal to him that he’s valued.

“We could have moved him prior to the deadline. We could revisit this in the summer time,” Sweeney said. “He could also go forward — most importantly — with just playing hockey and realizing he’s a big part of our team.”

The Bruins entered Monday night’s game against the Montreal Canadiens with 81 points, solidly in fourth place in the Atlantic Division.

“The impact he can have on a hockey club, I think we believe in,” Sweeney said. “I sent a clear message to Jake, and he sent one to us, that he just wants to play hockey. The bottom line is, he knows he’s an important part and if he plays to his capability, he’s going to help us out.”

Two days after acquiring defenseman Hampus Lindholm from Anaheim and one day after signing him to an eight-year contract extension, the Bruins made another move to shore up the defense, acquiring Josh Brown from Ottawa. Boston also gets a conditional seventh-round draft pick in exchange for sending Zach Senyshyn and a fifth-rounder to the Senators.

Brown, 28, has six assists this season while averaging 13:59 in ice time. Sweeney said he would have liked to add more depth on the blue line, which was one of Boston’s weaknesses during recent playoff runs.

“The bottom line is the war of attrition starts from now until when the Cup is presented,” Sweeney said. “And staying healthy’s a big part of that.”

Sweeney also said that captain Patrice Bergeron skated on Monday and remains on track to return for Thursday’s game against the Tampa Bay Lightning.

The Bruins biggest question for the playoffs is the goaltending tandem of Linus Ullmark and Jeremy Swayman, who have never started a playoff game. But Sweeney expressed confidence in the team’s chances in the postseason.

“Let’s just saddle up,” he said. “I think the guys are excited.”