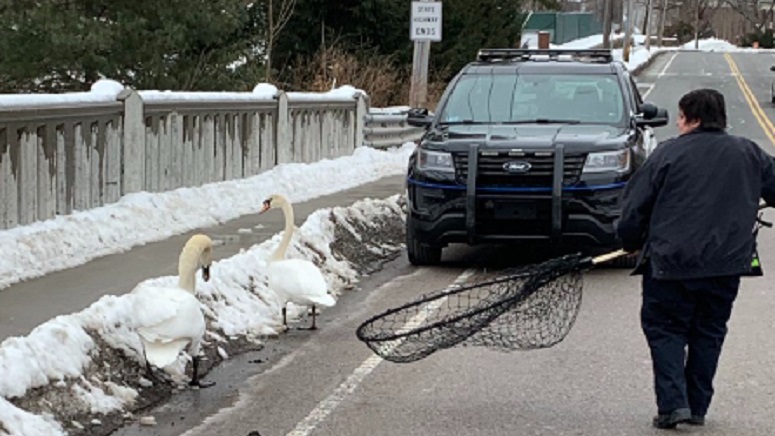 DEDHAM, MASS. (WHDH) - Dedham animal control was called in to remove swans from the middle of the road on Monday, officials said.

The birds were seen wandering on Ames Street, according to police, who shared a photo of an animal control officers trying to corral the birds with a giant net.

Animal Control assisted some swans off of Ames St to a safer area earlier today. pic.twitter.com/xJkGTuFqO1