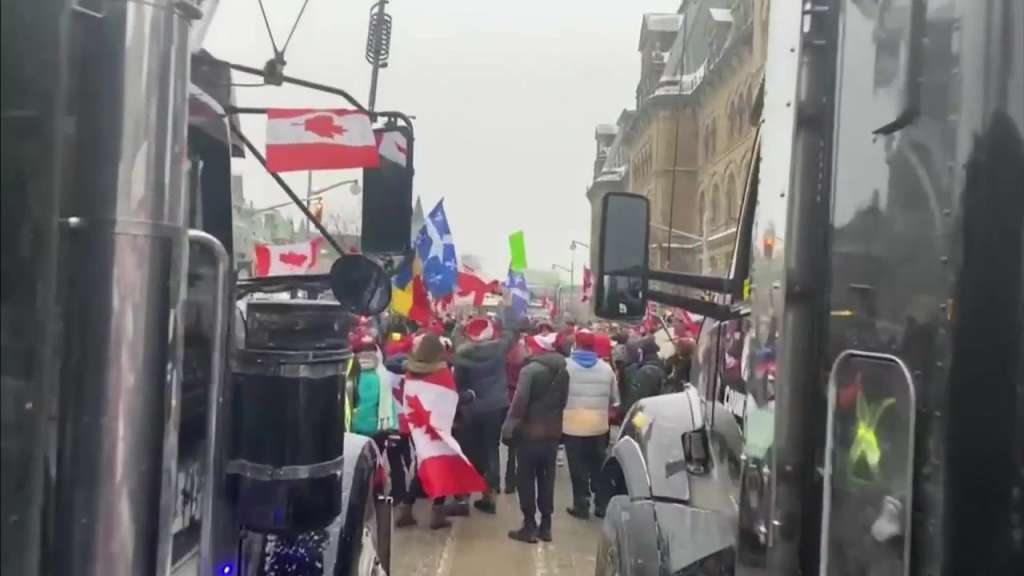 (CNN) — The Department of Defense is considering a request for the District of Columbia National Guard to assist law enforcement agencies in Washington, DC, that are preparing for convoys to descend on the area, even as plans for a Canada-style trucker protest in the US capital remain murky.

“The Department is analyzing a request for assistance from the US Capitol Police and the DC Homeland Security and Emergency Management Agency,” DoD spokesman John Kirby said in a statement. “Those agencies have asked for National Guard personnel to provide support at traffic control points in and around the District to help the USCP and DC government address potential challenges stemming from possible disruptions at key traffic arteries.”

Kirby added: “No decisions have been made yet to approve these requests.”

Area law enforcement, including the Maryland State Police, Metropolitan Police Department in DC, and the United States Capitol Police, are closely monitoring the situation and in some cases ramping up security to deal with the possibility of major disruptions in the days leading up to and around President Joe Biden’s State of the Union address on March 1.

It’s unclear if any of the trucker convoys will materialize. One group says they are planning to head from Pennsylvania to the District of Columbia on Wednesday morning, arriving in the afternoon after a stop in Harrisburg, Pennsylvania, according to Bob Bolus, a trucker from Scranton, Pennsylvania. They are hoping to disrupt the highways around DC and put a “stranglehold” on the DC economy, Bolus said.

Another group says it plans to convene in Adelanto, California, starting on Tuesday with a sendoff on Wednesday. “The People’s Convoy,” which has more than 140,000 Facebook followers, says participants will then head to Arizona before making their way to Washington, DC.

Mike Landis, one of the trucker organizers, said it will be a peaceful protest but added: “If they get ignored, you never know what could happen from there.”

The Department of Homeland Security is “tracking reports of a potential convoy that may be planning to travel to several US cities,” a spokesperson said Monday, noting that they have not seen specific calls for violence associated with this convoy.

But federal officials remain concerned about the potential of “significant public safety issues” around government buildings or other critical infrastructure and about the potential for extremist groups to take advantage of the situation, a US law enforcement official told CNN.

The State of the Union is a “National Special Security Event,” a designation that puts the US Secret Service as the lead agency responsible for security planning.

Online discussions about convoys started as a way for people to demonstrate their displeasure with Covid-19 vaccine mandates but “morphed” to include talk of shutting the government down and protesting the 2020 presidential election result, the federal law enforcement official said.

There has been involvement from extremists online, the official said. On Monday, for example, a neo-Nazi accelerationist Telegram channel posted a video encouraging violence against police in response to officers using force to deter Canadian convoy protesters, according to SITE Intelligence Group.