Democrats point to Georgia in push for new elections law 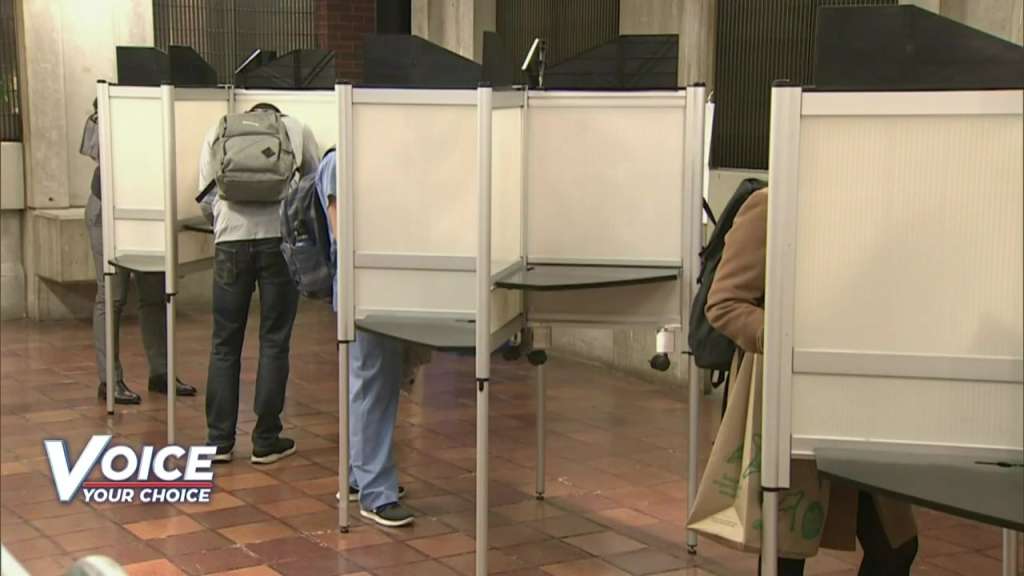 WASHINGTON (AP) — Senate Democrats are spotlighting Georgia as they build their case for a broad overhaul of U.S. election law, arguing the new voting rules in the state are emblematic of Republican measures across the country that threaten access to the polls.

A Senate Judiciary Committee hearing on Tuesday — which Democrats provocatively titled “Jim Crow 2021: The Latest Assault on the Right to Vote” — featured testimony from Georgia officials, including voting rights advocate Stacey Abrams, a former Georgia state legislator who narrowly lost a bid for governor in 2018. Abrams said parts of the sweeping new Georgia law are intended to suppress minority votes. She said federal legislation to strike down hurdles to voting is “essential to the protection of democracy.”

Georgia state Rep. Jan Jones, the No. 2 Republican in the legislature, defended her state’s laws at the hearing. She said the measures put in place in response to the 2020 election make it “easier to vote and harder to cheat.” Georgia Republicans have said the changes were in response to a lack of confidence in Georgia election systems, despite the fact that there were no major problems reported in the 2020 election. President Joe Biden’s electoral victory in the state was confirmed by three separate counts of the vote.

The hearing on Georgia’s new election rules comes as Senate Democrats are working to keep attention on their own sweeping voting legislation while they try to figure out how to pass it in the 50-50 Senate. They would need 60 votes to move forward, and all Republicans have strongly objected to the bill. They argue it would strip power from the states, fundamentally alter how elections are conducted and cement an unfair political advantage for Democrats.

Democrats say the Senate bill, a version of which has already passed the House, would enable all voters easy access to the polls and thwart Republican efforts to enact new voting restrictions in GOP-led states like Georgia, Arizona, Florida and Texas. Like the House-passed legislation, the Senate bill would create automatic voter registration nationwide, promote early voting, require more disclosure from political donors and restrict partisan gerrymandering of congressional districts, among other changes.

A separate Democratic bill honoring the late Georgia Rep. John Lewis would aim to better protect voting rights in places with a history of discrimination.

The legislation is a top priority for Democrats while they have narrow control of Congress and the presidency, and will also be a test for Biden and his party as they decide whether to change Senate rules, which now require 60 votes for most bills to advance.

Republicans at the hearing fumed as they reiterated their opposition to the Senate bill, challenged Democrats’ interpretation of the Georgia law and objected to the name of the hearing. The top Republican on the panel, Iowa Sen. Chuck Grassley, said the reference to Jim Crow-era laws was “offensive” and that Democrats were diminishing “the very real challenges and unfairness that minorities endured in the Jim Crow south at the hands of Southern Democrats.”

Grassley said that at a time when voters on both sides of the aisle have doubts about the integrity of our elections, “polarizing rhetoric that distorts history is not helpful.”

South Carolina Sen. Lindsey Graham said the Democratic bill is “not about righting wrongs, it’s about power. It’s about trying to grab power, and I can understand why people would want to grab it.”

Democrats in Congress, Biden and even some corporations have pushed back on the Georgia law, which would give the legislature more influence over a state election board, reduce the time period for people to request absentee ballots and add an identification requirement for those who want to cast those ballots. Although the new law makes ballot drop boxes a permanent option for voters, it limits the number each county can have and will result in fewer drop boxes in the state’s most populous communities. Democrats say other provisions will result in fewer provisional ballots being counted and block groups from handing out food and water to voters waiting in line at polling places.

Republicans have dismissed claims that the state’s new rules are restrictive, arguing that the state offers both no-excuse absentee voting and early voting which not all states do. The Republican concerns that prompted the legislation arose after former President Donald Trump falsely claimed there was widespread fraud, allegations that were rejected by courts and election officials throughout the country.

Georgia Gov. Brian Kemp said Tuesday that attacks on the law are “absolutely not true” and motivated by partisanship.

“For all these folks that are saying it’s restrictive and aggressive and a step backwards, Jim Crow 2.0 — I mean, African American, Latino, and other minorities, their turnout in elections has increased in Georgia,” Kemp said, “which is what’s so insane about all of this.”

Democrats say the laws enacted since then could reverse those trends. Abrams said she believes the motivation behind certain provisions is “a direct result of increased participation of communities of color” in recent elections.

“What these laws have done in stunning and uniform fashion is reduce entitlement to participation,” Abrams said. “They have done so by targeting behaviors that are specifically attributable to communities that voted in opposition of Republican values.”