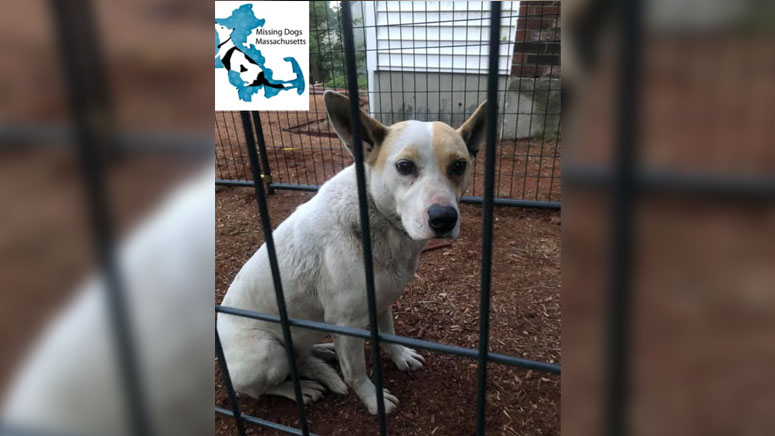 FRAMINGHAM, MASS. (WHDH) - A dog who went missing for nearly five years was reunited with her owner after being found nine miles from her home in Framingham.

The basenji mix named Bay went missing from her dog sitter’s house in June of 2016 while her owner was away, according to Missing Dogs Massachusetts.

In 2019, there were reports of a wandering dog in Needham but the pup went off the grid as the organization says they often do.

The woman who originally reported the dog informed the organization that it had recently began frequenting her home again and that she had been feeding it.

Last week, members of Missing Dogs Massachusetts and a Needham Animal Control officer set up a trap for the dog before catching it Tuesday morning.

Through a microchip, the organization learned that the dog was Bay.

She was wearing her martingale collar, which no longer had its tags. The collar became embedded in her neck and had to be cut off.

The organization says Bay appeared to be well fed.