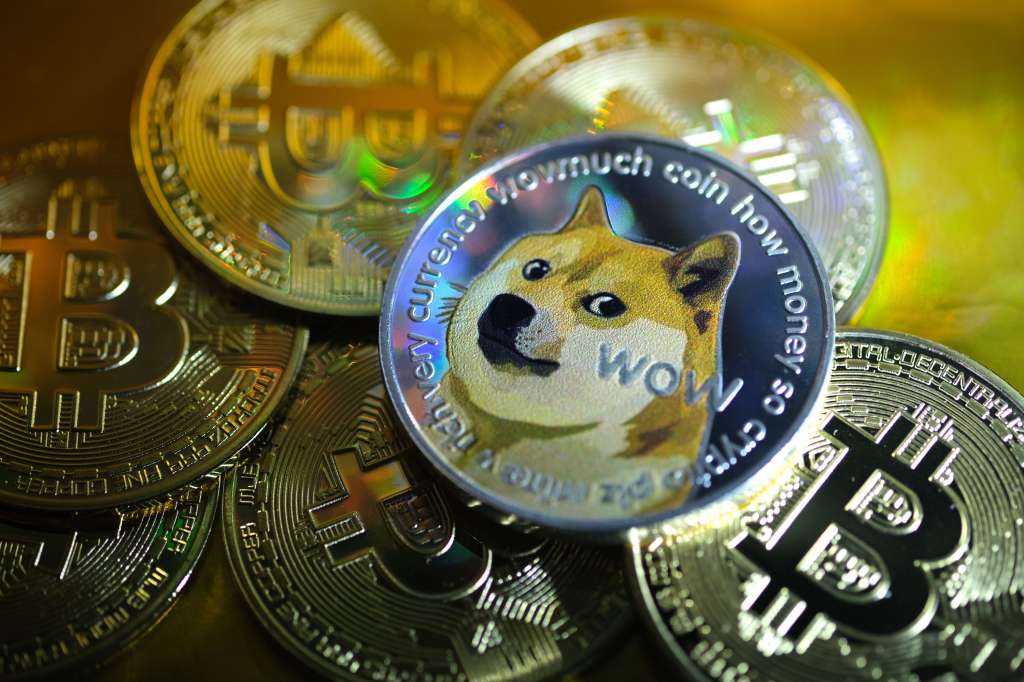 Dogecoin, the crypocurrency that features the face of a Shiba Inu dog as its logo, has surpassed 10 cents for the first time. Credit: Yuriko Nakao/Getty Images

(CNN) — Bitcoin and Ethereum aren’t the only digital currencies that are hitting record highs this week. Dogecoin, the crypocurrency that features the face of a Shiba Inu dog as its logo, has surpassed 10 cents for the first time.

The virtual currency, which originally started as an internet parody more than seven years ago, has surged more than 85% in the last 24 hours and is trading at $0.13, according to CoinDesk. Its market cap is now over $17 billion.

The latest surge comes as investors gear up for the direct listing of cryptocurrency exchange Coinbase Global, which could further help validate crypto buying and selling as a business. Bitcoin also rocketed to a new record above $62,700 this week ahead of that listing, and other cryptocurrencies have also enjoyed big gains.

But Dogecoin’s rise is noteworthy. The currency has soared more than 2,000% from the start of the year, and has a big fan in Tesla CEO Elon Musk, whose tweets about it have on occasion driven up Dogecoin’s value.

Dogecoin has also enjoyed something of a cult status on Reddit, where a popular group — not unlike the WallStreetBets group behind GameStop’s rally — decided earlier this year to propel its value “to the moon.” Dogecoin soared over 600% in the wake of that push.

Musk is Dogecoin’s richest fan, but he has previously been critical of the more established bitcoin, once calling it “BS” in a tweet. In a February interview on social app Clubhouse, though, Musk said he should have bought that digital currency eight years ago. His company Tesla has also promised customers that they can buy their cars with bitcoin.

Coinbase, meanwhile, is set for its debut Wednesday. The company is profitable and has reported strong revenue growth.

Based on recent private stock trades for Coinbase, the company is valued at a stunning level of nearly $68 billion. To put that into context, it’s a little bit more than the market value of New York Stock Exchange owner Intercontinental Exchange.