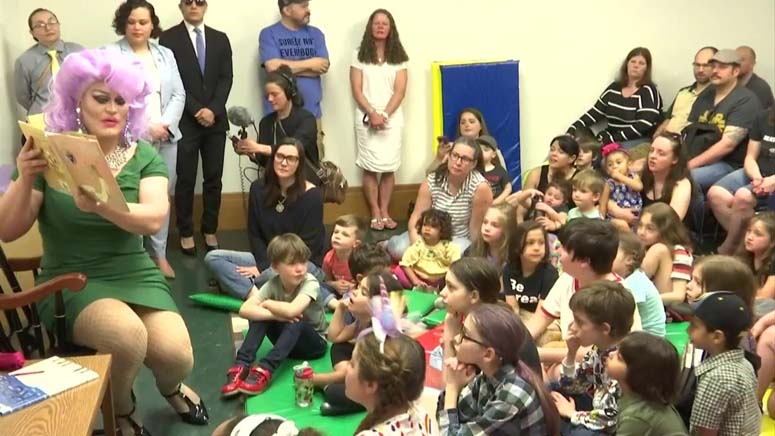 BRISTOL, R.I. (AP) — A Rhode Island library says it will go forward with a Drag Queen Story Hour after an earlier decision to cancel the event amid “threats of protest.”

Rogers Free Library in Bristol will hold the story hour on June 15.

The library said in a statement on its website that with the support of staff, trustees and volunteers it now feels confident it can ensure a safe environment for kids and families.

The public library in nearby Fall River, Massachusetts held a similar event Saturday.

Drag queen Naomi Chomsky did three readings to accommodate the crowds, and the Christian group that had originally called for a sit-in held a peaceful protest outside instead.

Police officers in uniform and in plain clothes were inside and outside of the library.