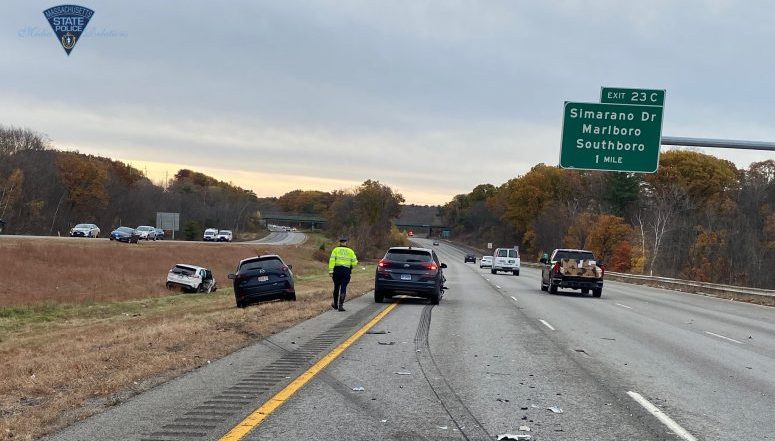 MARLBORO, MASS. (WHDH) - A driver who lost control of his car while choking on a piece of food crossed over the median of Interstate 495 in Marlboro and struck multiple vehicles in the southbound lanes, state police said.

Troopers responding to a reported crash on highway around 7:30 a.m. learned that a 34-year-old Bellingham man driving a 2011 Jeep Grand Cherokee was traveling northbound when he began to choke, prompting him to lose control of his car and cross over the median, according to state police.

He struck a 2019 Ford Edge, driven by a 66-year-old Tyngsboro man, in the southbound lanes.

The Tyngsboro man was taken to Marlborough Hospital with minor injuries.

A 2019 Hyundai Tucson, operated by a Connecticut resident, and a 2018 Mazda CX-5, driven by a 23-year-old Leominster woman, were also damaged in the crash.