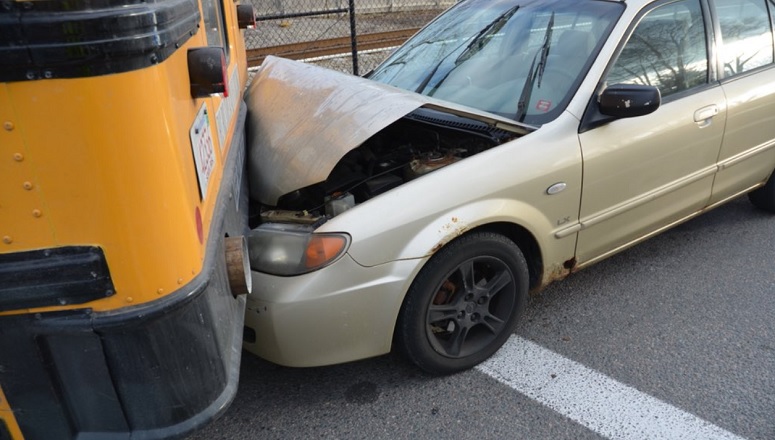 HINGHAM, MASS. (WHDH) - A driver faces a citation after crashing into the back of a school bus that had students onboard in Hingham Tuesday afternoon.

Officers responding to a reported crash at the South Street train crossing around 3 p.m. learned that the school bus had stopped prior to the railroad tracks, as required by state law, when it was rear-ended by a car, according to Hingham police.

The driver of the car was cited for failure to use in stopping.

No injuries (some students were on the bus) in this crash at 3pm yesterday at South St. train crossing. School bus had stopped prior to RR tracks (as required by MA law) and was rear ended by the car. Driver of the car was cited for failure to use in stopping. pic.twitter.com/1hjJqMOvuy