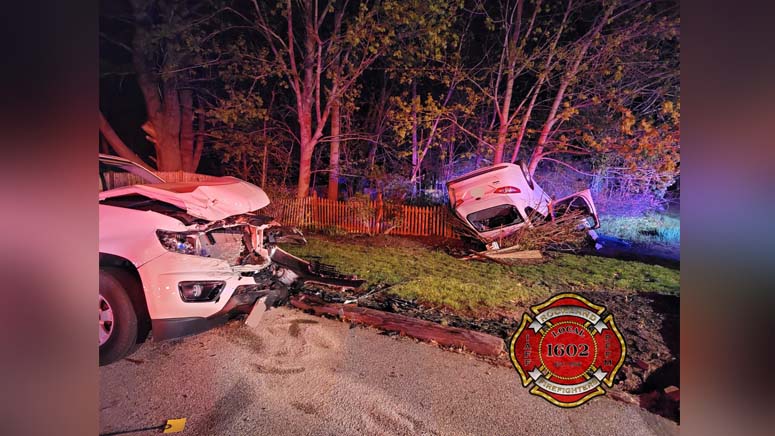 ROCKLAND, MASS. (WHDH) - An investigation is underway after a driver struck a pick-up truck, went airborne, and landed on the car’s roof Tuesday night.

Emergency crews were called to the scene of a motor vehicle accident near the intersection of Concord and SUmmer street and upon their arrival found the white sedan overturned and the parked pick-up with heavy front-end damage,a ccording to a post on the fire department’s Twitter page.

The driver of the sedan was transported to a hospital for eveluation. Their condition has not been released.

Shortly after 9 pm, Rockland Firefighters received a call for an MVC on Concord St. near Summer St. A car struck a parked pickup truck and landed on its roof. The driver was transported to the hospital for evaluation. Rockland Police are investigating the accident. pic.twitter.com/1YqDaphSax