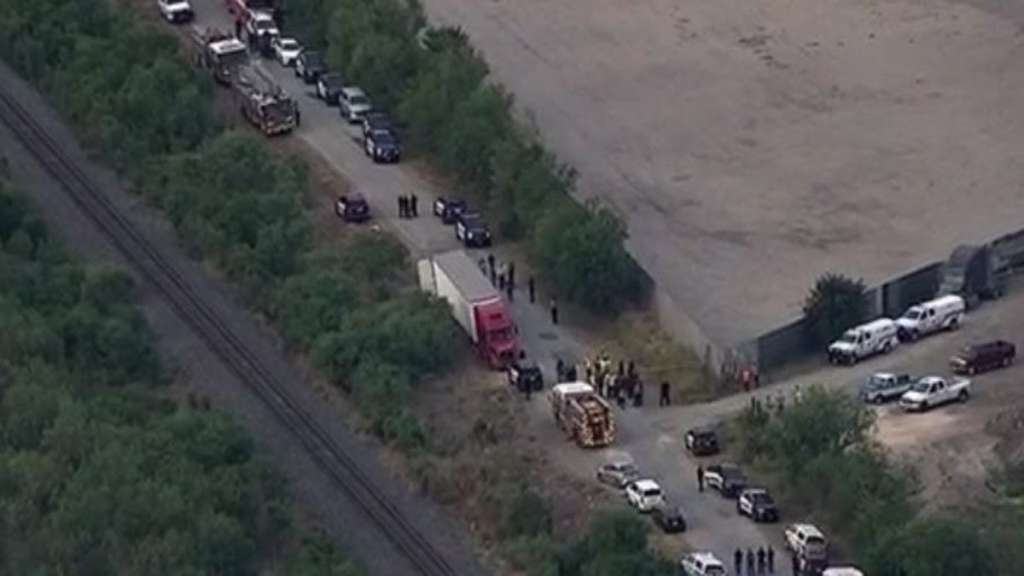 (CNN) — The alleged driver of a tractor-trailer where sweltering conditions led to the death of 53 migrants this week in San Antonio didn’t realize the truck’s air conditioning unit had stopped working, according to a federal criminal complaint filed Wednesday in the investigation into the deadliest human smuggling incident in US history.

The driver’s acknowledgment was revealed to a federal informant by an alleged conspirator in the case, the complaint states.

The suspected conspirator, Christian Martinez, had been in contact by cell phone about the apparent smuggling scheme with the truck’s driver, Homero Zamorano Jr., the Department of Justice has said.

The men were exchanging pictures, including one of a “truck load manifest,” and discussing whether the driver should go to the “same spot,” the complaint states, adding Martinez sent GPS coordinates to a place in Laredo, Texas.

Martinez “initiated a conversation about the death of several individuals inside a tractor trailer” and admitted to being involved, according to the complaint, citing information shared by a confidential informant in communication with Martinez, who was already the subject of a Homeland Security Investigations probe.

The truck’s discovery came as US federal authorities launched what they described as an “unprecedented” operation to disrupt human smuggling networks amid an influx of migrants at the US-Mexico border. More than a dozen were rescued alive from inside the vehicle — with many hospitalized for heat-related ailments — as 48 people were initially found dead; five have died since then.

The refrigerator tractor-trailer had no visible working air conditioning unit, and there was no sign of water inside, San Antonio’s fire chief has said, adding it wasn’t immediately clear how long people inside the truck had been dead. High temperatures Monday in the San Antonio area ranged from the high 90s to low 100s.

“None of these people were able to extricate themselves out of the truck,” Fire Chief Charles Hood said. “So, they were still in there, awaiting help, when we arrived … meaning just being too weak — weakened state — to actually get out and help themselves.”

“In the past, smuggling organizations were mom-and-pop,” Larrabee told CNN. “Now, they are organized and tied in with the cartels. So, you have a criminal organization who has no regard for the safety of the migrants. They are treated like commodities rather than people.”